When Trick or Treating finally comes around again at the end of October, it is fun to display some themed Halloween figurines and collectible keepsakes around the home.

Using figurines and sculptures, you can set the tone in a tasteful way for the bewitching season and for any guests who come and pay you a visit. These hauntingly good items make wonderful displays and some of them can even be used as centerpieces for table decor too.

There are many artistic, fun and figurative decorations that celebrate All Hallows Eve. You will find some wonderful designs for Halloween on this page which include popular motifs such as pumpkins, jack-o-lanterns, witches, black cats, ghosts, skulls and more. Creep inside and take a look at this spooky selection. 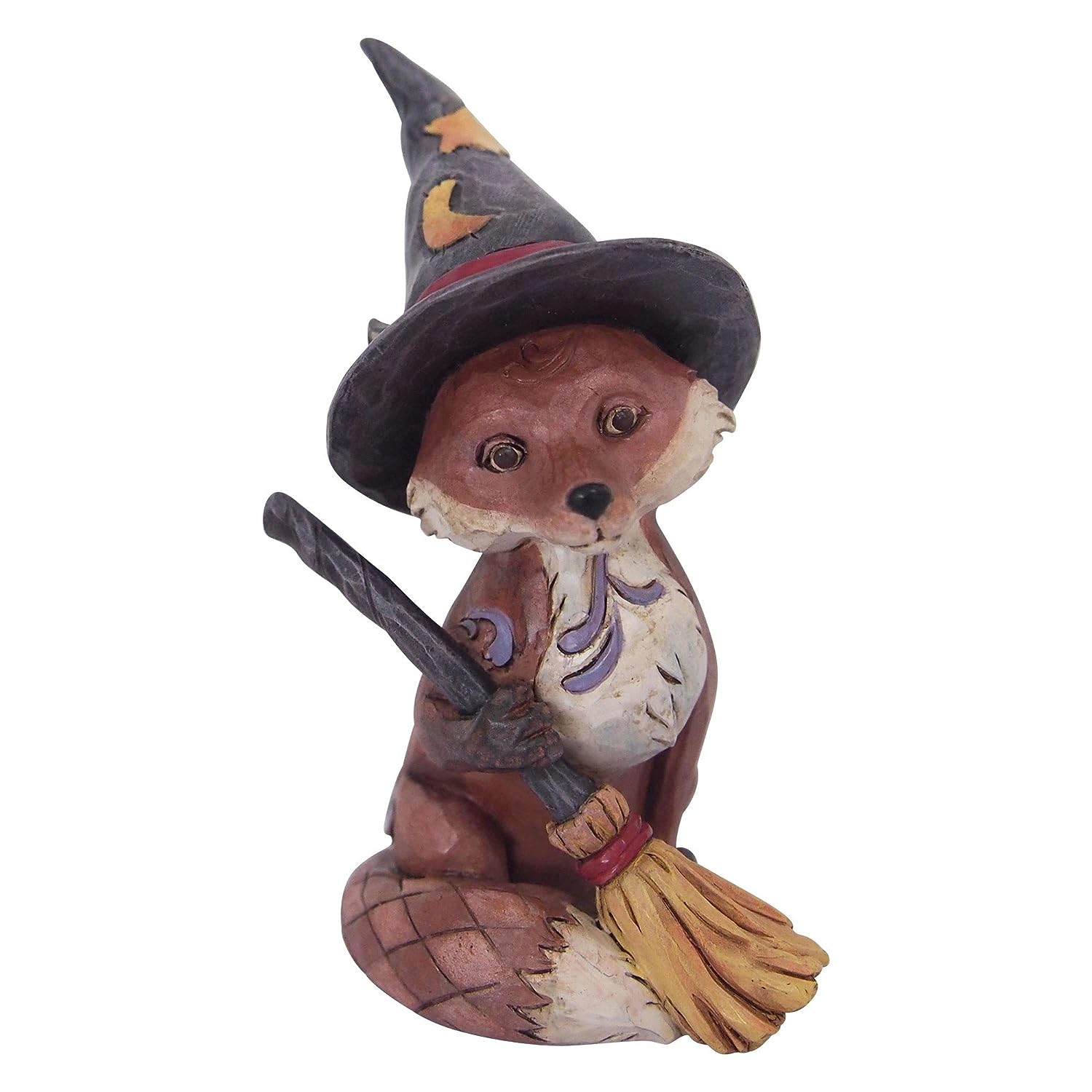 Get this Jim Shore Witch Fox Figurine from Amazon.com

UK Readers get a Jim Shore Halloween Figurine from Amazon.co.uk

Black cats and Halloween go hand in hand. This is a twist on a witch's black cat because it is a fox instead. This adorable looking design is a collectible figurine by the renowned artist and designer called Jim Shore. 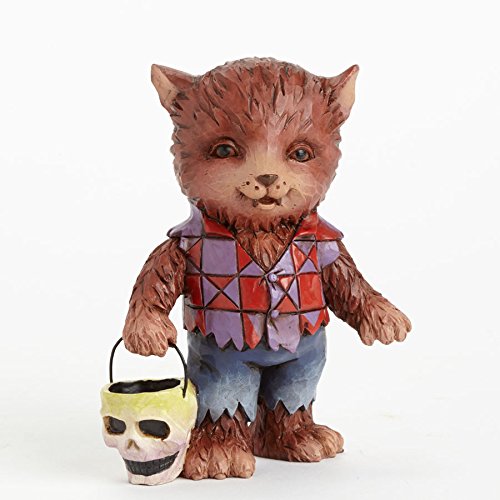 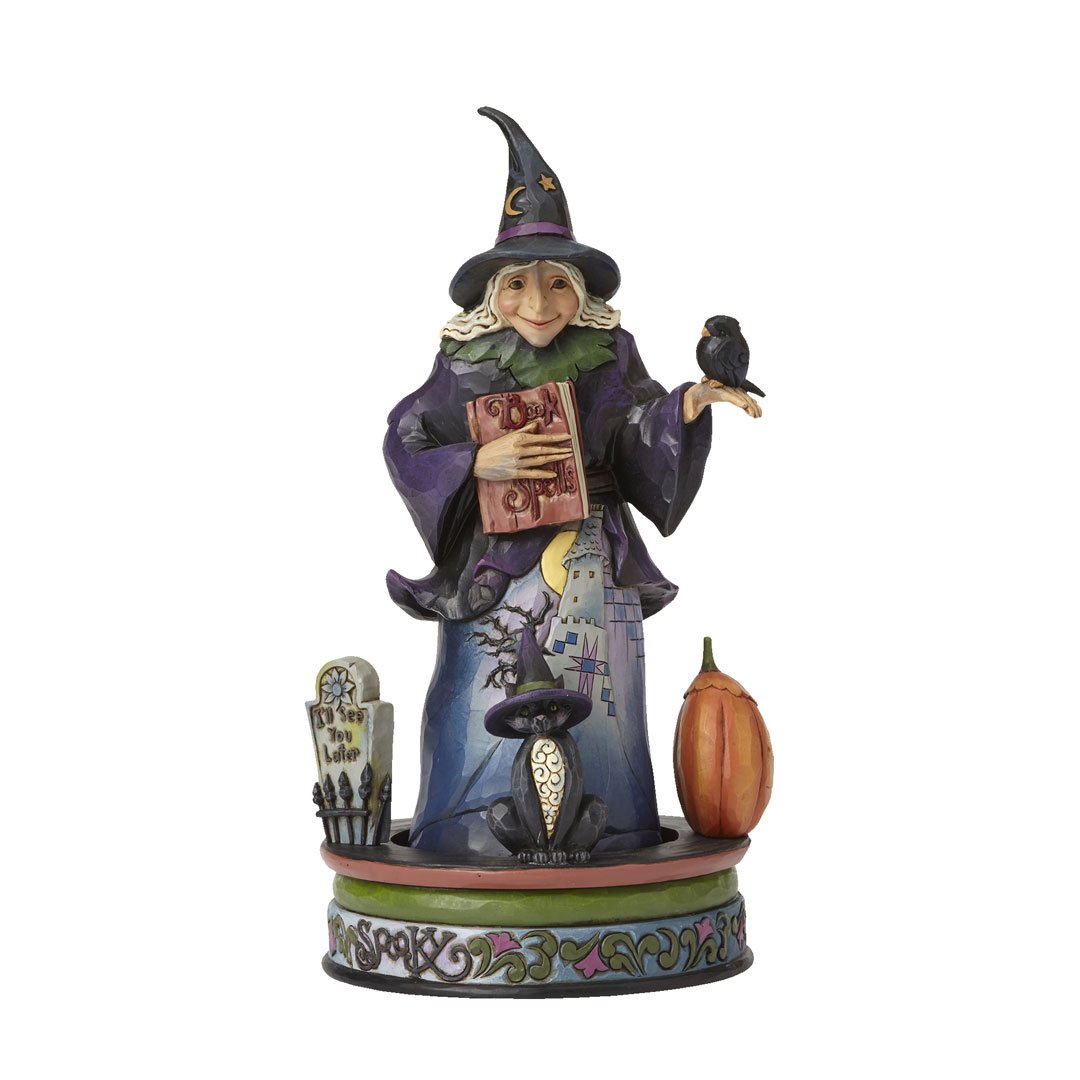 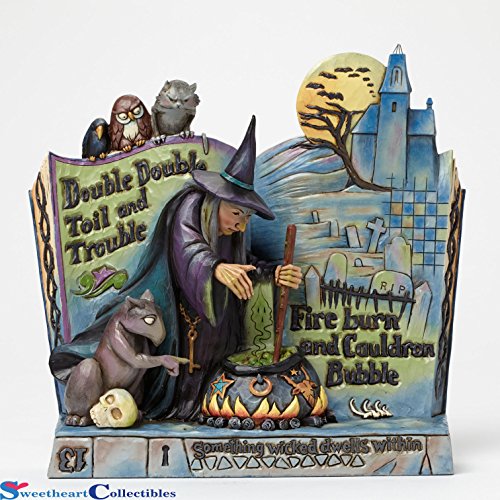 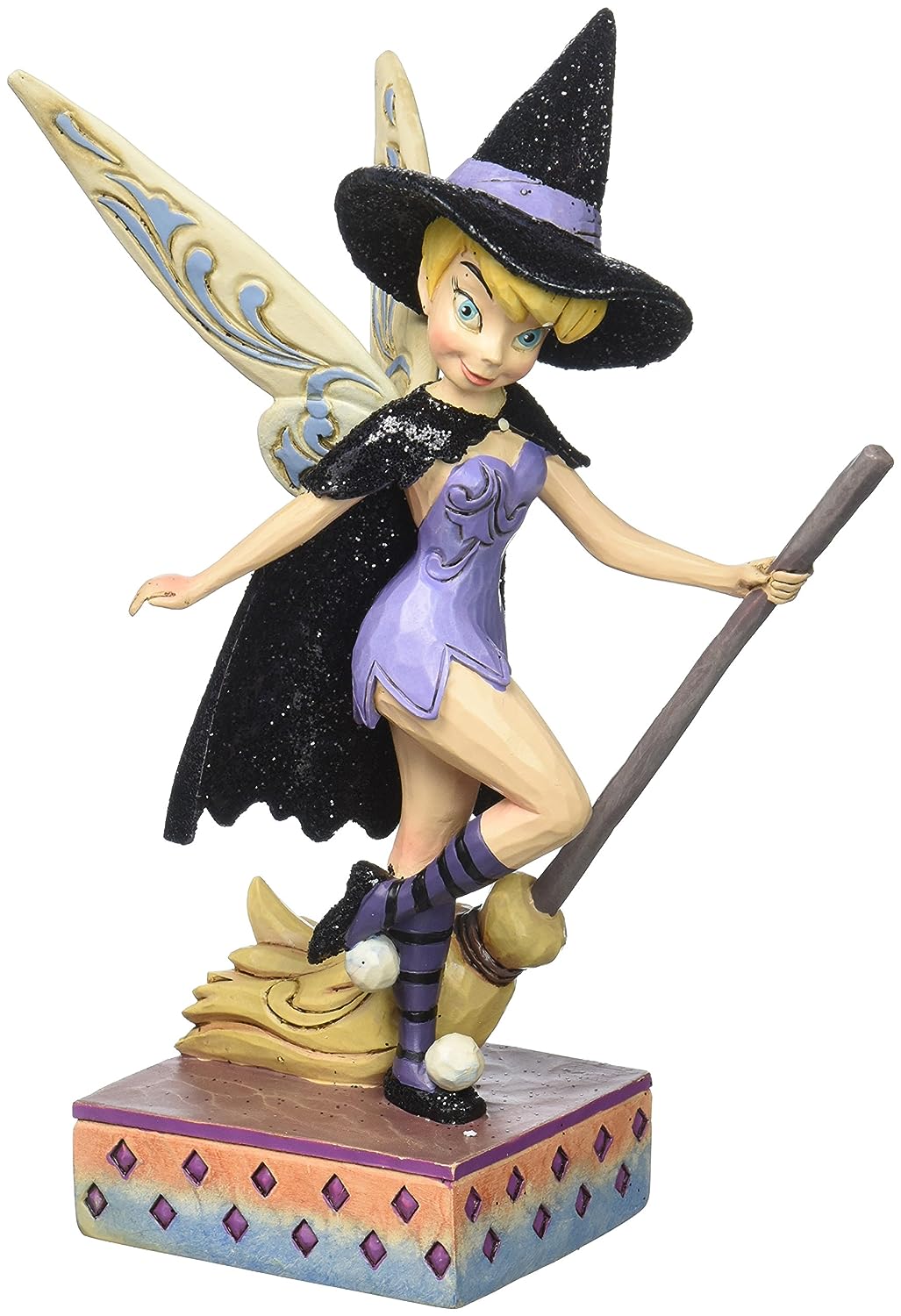 The cat is incredibly detailed, just look at the expression on its face and its vivid green eyes that you can see when you view a larger image of the design. He even has whiskers too.

I love everything about this black cat figurine, I used to have a black cat called Jazz so I am incredibly fond of them. This piece should look stunning set out for a Halloween display. 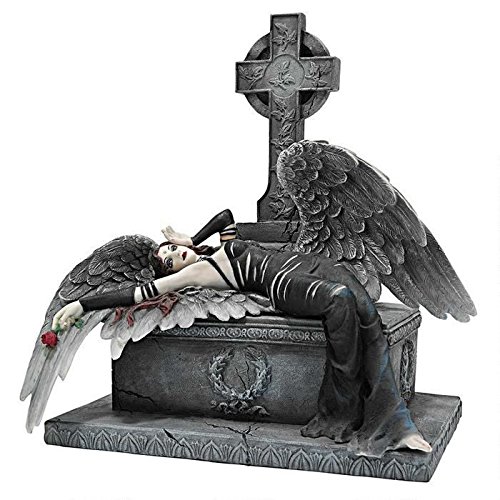 Buy this Mistress of the Crypt Dark Angel Figurine from Amazon.com

UK Readers get a Gothic Angel Statue from Amazon.co.uk

Quite the little scene setter for Halloween would be this design called Mistress of the Crypt by Design Toscano. It features a very ancient looking and old crypt or tomb with a dark angel dressed in black and laying over the top. A single blood red rose is held loosely in one hand.

I think this is quite an atmospheric sculpture and one that should work well alongside other quite Gothic figurines and a slightly creepy and realistic room scheme for Halloween.

For anyone who loves this whole vamp and dark fairy or angel style, this should be perfect. It has vibes of Anne Stokes Gothic fantasy designs to it. 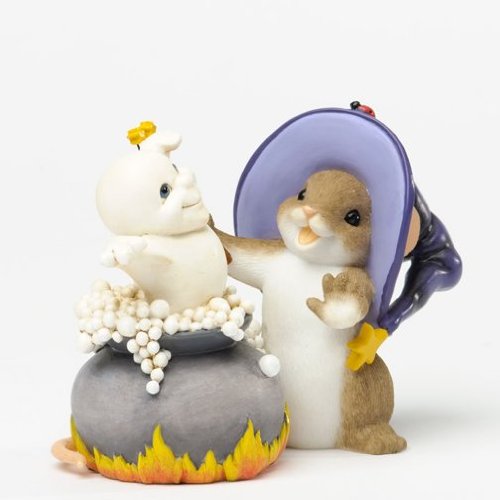 Get this Charming Tails You Really Raise My Spirit Figurine from Amazon.com

UK Readers get a Charming Tails Design from Amazon.co.uk

I really like the Charming Tails range by Enesco. These mice figurines are totally adorable and cute. There are a number to choose from for Halloween but I really liked this one with the mouse with a witch hat. There is another where the mouse is trying to dress up as a scary Mummy for the occasion. 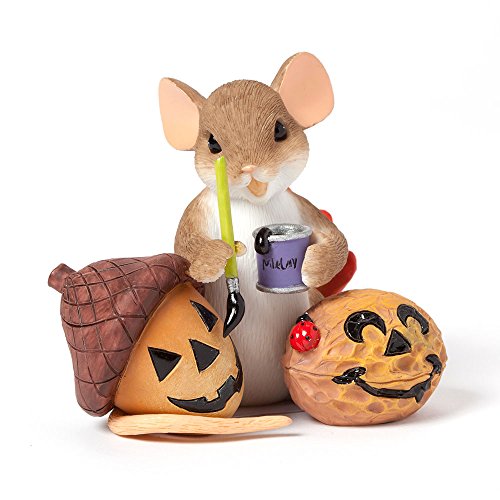 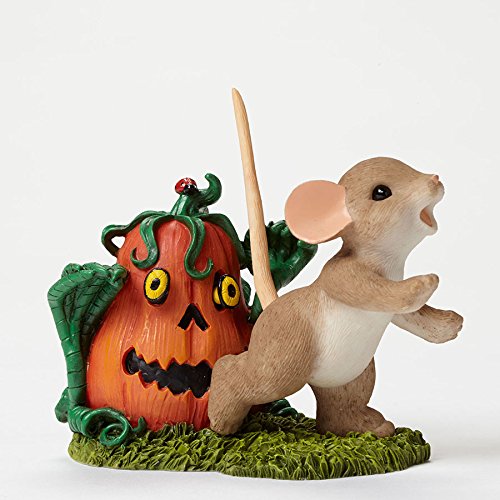 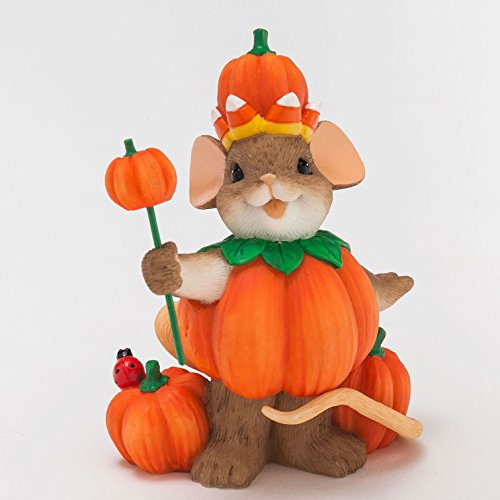 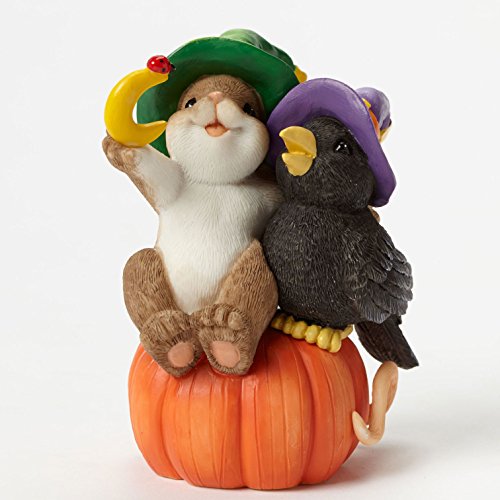 Of course, something this cute can never pull off scary. The expression on the orange pumpkin's carved face is rather funny and, as always, there is a tiny ladybug to spot within the design. If you want a sweet looking figurine rather than something scary or menacing to pop on display or to give as a gift for the occasion, this should make a great choice. 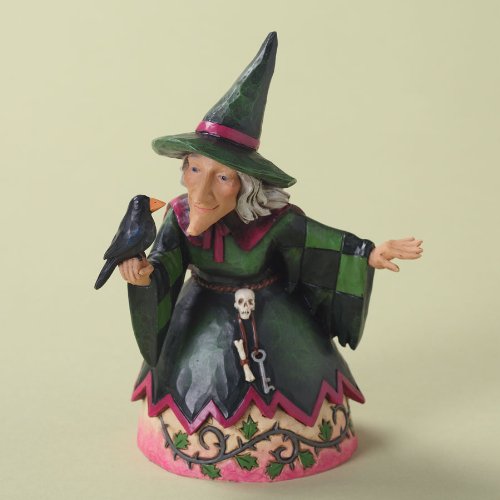 UK Readers get a Jim Shore Halloween Figurine from Amazon.co.uk

This is a witch figurine that stands at just over 5 inches tall. She doesn't have a typical cat with her as a pet or familiar but a raven instead. I guess the raven is the witch's familiar since they could take many forms.

The black cat shown previously should pair up well with this one in terms of styling although they're roughly the same size.

I love the choice of colors used on this witch who is dressed in green and black with a touch of magenta. It isn't the standard jet black that you often see with witches and that makes a refreshing change.

Look at the detailing on the figurine with the skull on the witch's belt, the hanging bone and skeleton key. And then the hem of her dress which at first glance looks quite pretty until you realize that the design is made up from thorns and ivy. I wonder if it is poison ivy? 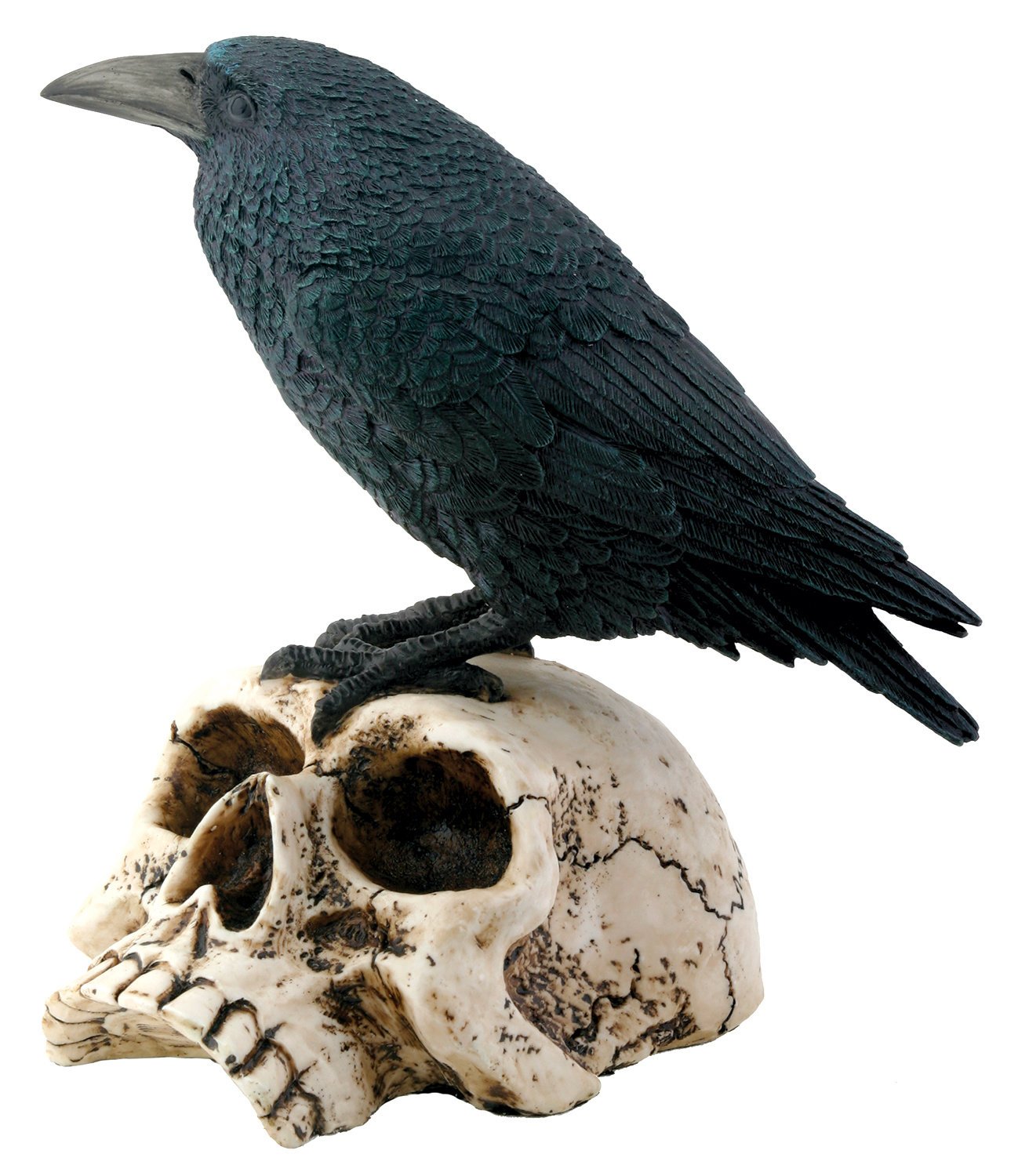 Get this Black Raven Bird on Skull Design from Amazon.com

This is a 7 inch tall figurine which looks very eerie and just perfect for setting the scene this Halloween. The raven, which is a bird often associated with death and malice, is sitting on top of a realistic looking skull fragment.

It looks very creepy and you can imagine how brilliant this piece would look with the right atmosphere such as a darkened room with just a few well placed candles. Creep out your guests or the trick or treaters by placing it where they can see it in a window.

Also look out for the Jim Shore graveyard design. This is a great figurine and an unusual one too since it has a little light that casts an eerie purple glow over the scene. The light runs from an AA battery which is handy.

The 8 inch tombstone features the letters R.I.P at the top and has a wonderful decorative scene in the middle which includes a ghost, bats, jack-o-lanterns and pumpkins and more. It is one of Jim's more unusual pieces that's for sure. More ideas for your Halloween decor and displays could be pumpkins and jack-o-lanterns, ghouls and ghosties, witches, skulls and more.