What do you really know about October 31st except for the idea that it is when everyone dresses up in costume and goes trick or treating.

For many children, Halloween is simply a time to have lots of fun and collect and eat a vast amount of candy and sweet treats. Yet there are plenty of interesting and fun Halloween facts for kids to discover.

Here's some fun facts about Halloween for kids which I've been learning that I'm going to share with you. Adults who home-school, teachers and other educators such as girl scout leaders should find this information really useful to pass on.

Loads of Cool Halloween Facts for Kids and Adults to Discover 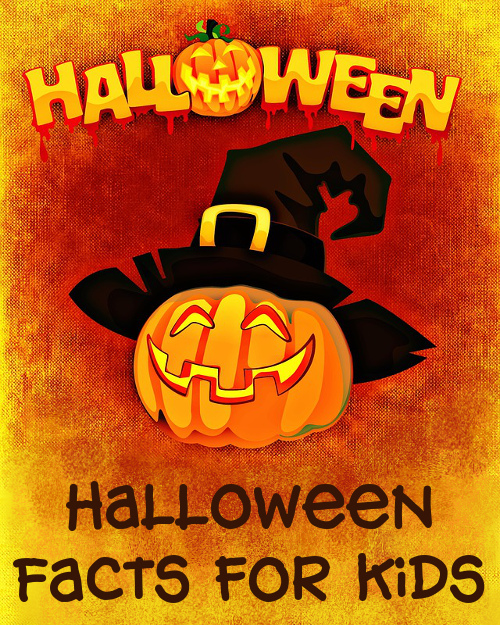 If you ask kids where this festival originates from the likelihood is they just won't know. Many adults don't know either.

🎃 In a Hurry? Refer to my handy 20 Quick Halloween Facts Table HERE

We can date this Halloween occasion at least back to medieval times and perhaps it was even a tradition long before then. However, the idea of what this time represented was quite different back then. It certainly wasn't all about eating candy or dressing up. Let's see what it was about instead.

1: How Did Halloween Start: What were the Origins of this October 31st Tradition

Even scholars cannot agree on where, how and when Halloween originated or started. Some believe it has roots in Pagan history and others believe it comes from Christian history. You will read different opinions about this online if you dig deep enough.

The most widely held belief is that Halloween came from the Celtic holiday of Samhain. For the people known as the Celts residing in Great Britain, this occasion was to mark the transition or move from the end of the harvest season to the start of winter.

There were feasts and traditions involving souls of the deceased or dead people. Offerings of food and drinks were given up to spirits and pagan gods in the hope of protection and blessings over the harsh winter months. People were worried about themselves and also their livestock or animals during cold weather when food was in short supply.

2: Where did Trick or Treating Come From and How did this Start? 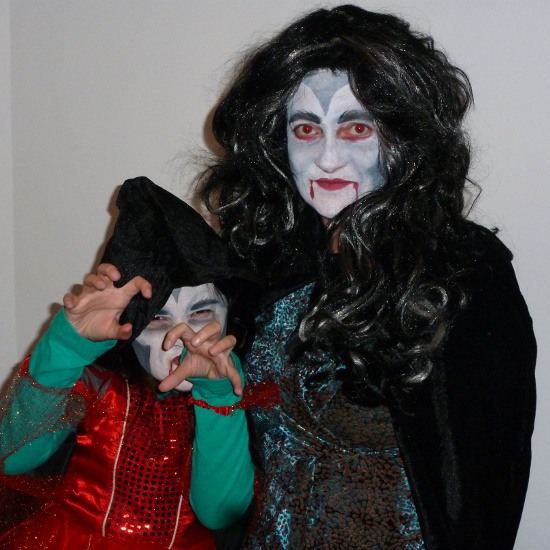 Ready for Halloween Trick or Treating with myself and my daughter dressed up as a pair of vampires.

Trick or treating can be dated back at least to medieval times. It appears to originate from a custom which was known as Souling. This Souling tradition was prevalent in Great Britain during the Middle Ages. Similar customs were also around in other parts of Europe.

Instead of candy and chocolate, Soul cakes were given out to peasants or poor people. The poor went from door to door with songs and prayers that they would offer for the dead.

It is believed that this tradition evolved over the years into what we now have as trick or treating. Nasty tricks would start to be played on people who would not give the cakes out to the poor and also children who came to visit.

3: Why are Orange and Black Halloween Colors and What do They Represent 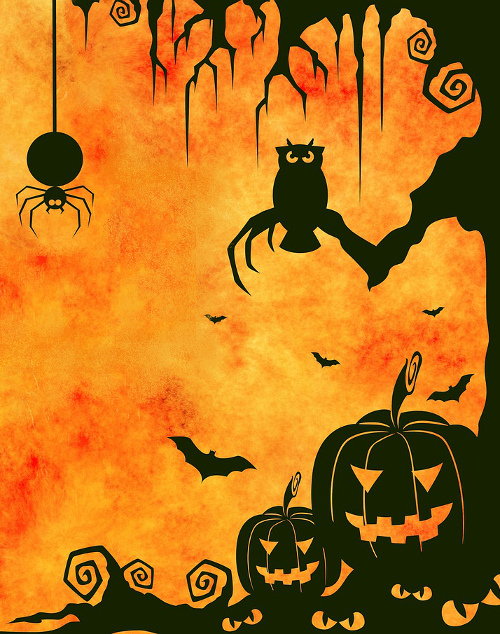 How many traditional black and orange Halloween items can you think of? Start by looking at the image here.

Orange and black are very traditional Fall season and Halloween colors. The colors have special meanings which have long been rooted in this occasion.

The orange color is symbolic of the Fall or the Harvest season. Orange is a color associated with the land, agriculture and farming. Since Halloween has origins in the end of the Harvest season, this choice of color makes sense. It's the color of pumpkins, Fall leaves, the deep glow of candle lights and bonfires and candy corn.

🎃 Learn More About Halloween Colors, Their Meaning and Symbolism HERE

Black has long been a symbol of death. And, only more recently, black has also been viewed as a bit of an evil color too. Black represents the dead, the dark of the night and the witching hour. Black is a color associated with witches, the night, black cats, bats and spiders.

4: Where the Name Halloween Comes From

Halloween gets its name from All Hallows' Eve and also All Saints' Eve. All Hallows' Day was a holy Christian day celebrated on the 1st of November.

All Hallows' Eve means the evening before this occasion which in turn came to be known as Halloween. Halloween is now the common name for the celebration that many countries now have and honor on October 31st each year.

5: The Meaning of the Rather Scary Looking Scarecrow Symbol 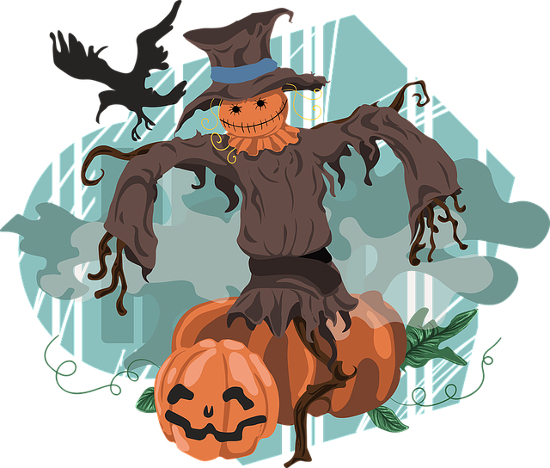 Scarecrows can have a good or a bad meaning depending how you view them.

Image Credit: Original image shared by GraphicMama-Team on Pixabay with a CC License

One favorite Halloween motif and symbol is the scarecrow. Scarecrows were devised thousands of years ago as a way to scare off birds and crows from eating the corn and wheat growing in the fields.

People worked hard to grow food and they did not want birds eating it or they might go hungry and starve. The idea of the scarecrow is thought to originate in ancient Egypt.

Scarecrows have a duel meaning. On one hand, they stand for death and fear which would happen if the birds ate all the crops. On the other hand, they stand for a plentiful harvest because they save the crops from being eaten. They can be good or bad. Their bad side is linked more heavily to Halloween while their good meaning is linked to the Fall harvest.

6: Are Spiders Lucky or Unlucky Omens for Halloween? 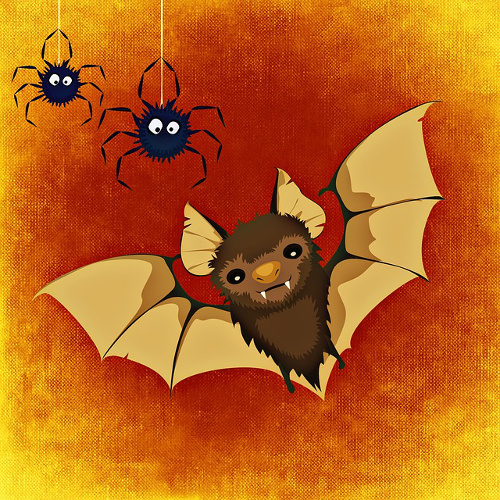 Spiders and bats are a few of the popular motifs that we associate with October 31st.

Many people shudder at the thought of spiders which are also a popular motif or symbol for this occasion. However, seeing a spider on the actual day of Halloween is thought to be a very lucky omen.

An old belief is that the spider is really the spirit of a loved one who has come to watch over you. If you see a spider on the 31st of October, take it as a very good sign. Spiders are very lucky omens. Kids can have fun making this spider pom pom craft for Halloween.

7: Does Every Country Celebrate Halloween?

Not all countries or people celebrate Halloween. Mexico celebrate the Day of the Dead instead. This is held on the 1st and 2nd of November. It may feel similar because the people dress up as ghouls or spirits and parade through the streets.

8: The Hungry Ghosts Festival: Nothing to Do with Pac Man!

Hong Kong have a festival which has the fantastic name which translates as the Hungry Ghosts Festival. This is otherwise called Yue Lan. In this celebration, fires are lit so that people protect themselves from any visiting (or hungry) ghosts.

9. Festival of the Lantern in China

In China is another corresponding festival which is called Teng Chiehor. This means Festival of the Lantern. This is a rather charming tradition where animal shaped lanterns are made and then hung up in order to light the way for the lost spirits to get back to where they should be. Offerings of food and drink are also given as a kind gesture to the spirits.

10: Are Witches Good or Evil Characters 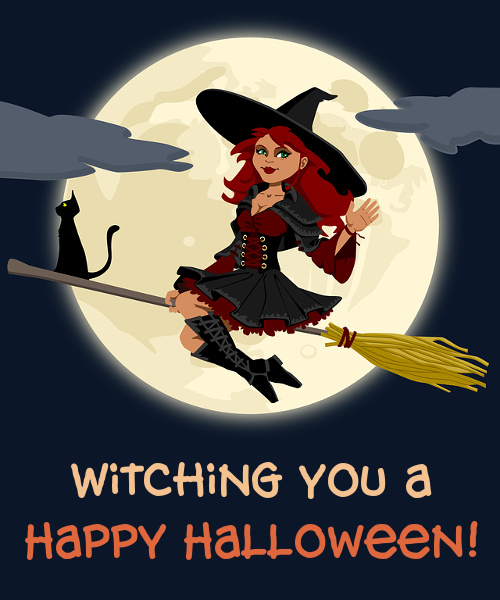 Witches used to be wise women long before they were seen as being bad.

Image Credit: Original image shared by OpenClipart-Vectors on Pixabay with a CC License

The very idea of witches has long been misunderstood. They are now seen as evil old hags who devise disgusting spells and potions in order to make mischief and do harm. That's how they are seen in many books and movies.

But the very word 'witch' is derived from Wicce (an old English word) and this actually means Wise Woman. So the original meaning was that these characters were wise and clever, certainly not evil. Once upon a time, these women were respected for all that they knew about nature such as plants and all the arts of healing.

11: How to See a Witch at Midnight

Another belief or old wive's tale is that you will see a witch if you do the following: put your clothing on so that it is worn inside out and then walk backwards in it on the day of Halloween. Apparently then you will get to see a witch at midnight. I've never actually tried it so I can't tell you if it works. Perhaps you should test the theory out yourself.

12: Dangers of Halloween on October 31st 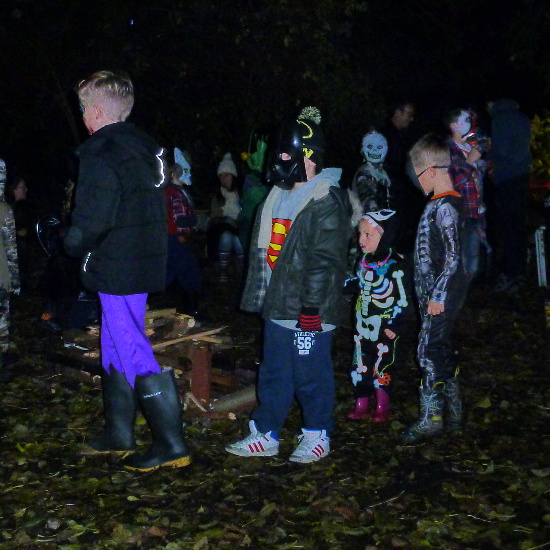 Halloween can be a fun time but it can also be a dangerous time too since many accidents happen to occur on this date. Normally accidents happen when fun gets a little bit too much out of hand. Here's some dangers for adults, parents and kids to be aware of:

Candy and chocolate have really taken oven the idea of being given some cake. Remember I mentioned the Soul Cakes back in #2. If not, you must have dozed off earlier than expected. Perhaps you could make a version of this recipe. They were normally filled with lots of sweet spices and currants. Here's a beautiful blog post on these Soul Cakes and a recipe.

14: Sorting Out all the Trick or Treat Candy

Many children get so much candy and loot from this occasion that they sometimes like to sort it out by this system: Savor or Keep it, Swap it or Share it.

15: Children Should Hide their Trick or Treat Loot

This is unfortunately quite true but many adults do like to sneakily take candy, sweet treats and goodies out of the hard gained stash of children. So, if you're reading this with your parents or along with some adults, make sure to protect your goodies from those grown ups who have a very sweet tooth.

20 Quick Facts About Halloween for Kids

Books for Kids on Halloween 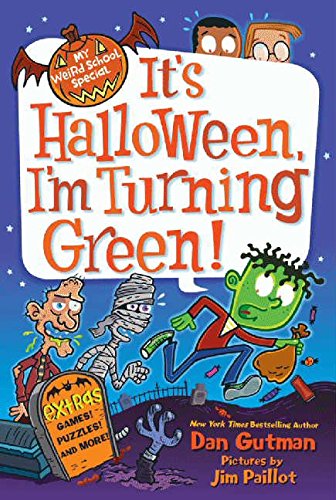 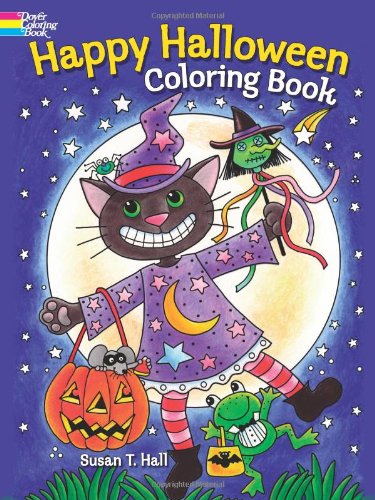 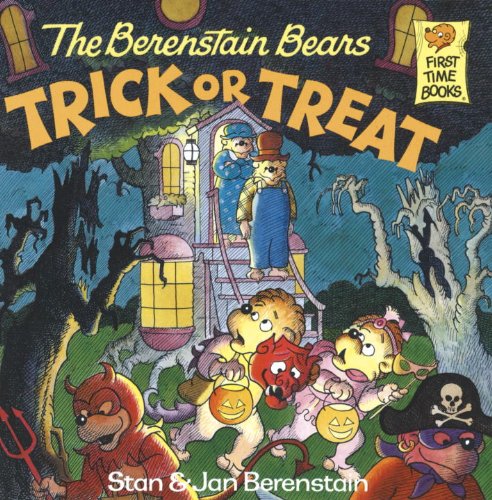 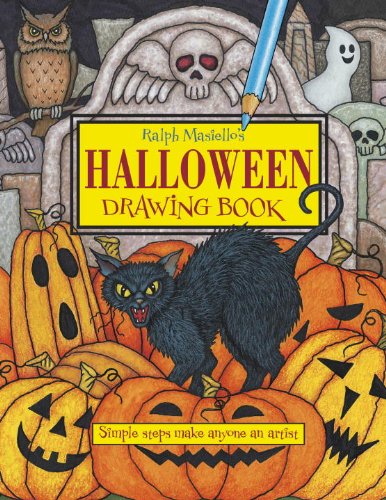 Halloween may seem like a modern invention but you've learned from this facts page that it has actually gone on for many centuries already in one form or another. If you want to learn even more, have a look at some more of my Halloween fact guides below.

When did Trick or Treating First Begin?

Halloween Colors and Their Meaning