When did Trick or Treating Begin and Originate From

Lots of people mistakenly think that the Halloween custom of trick or treating started or originated in America, then spread more recently to other countries such as the UK.

This trick or treating custom, however, is a very traditional one. It is actually steeped in British history and originates from the UK. It was a tradition that went over to America with the first settlers who went there.

On this page, you'll learn much more about when trick or treating began and all about its early origins. You'll discover how it has changed in to an event that people either seem to either love or hate.

When did Trick or Treating Begin? All About the Origins of this Halloween Custom. 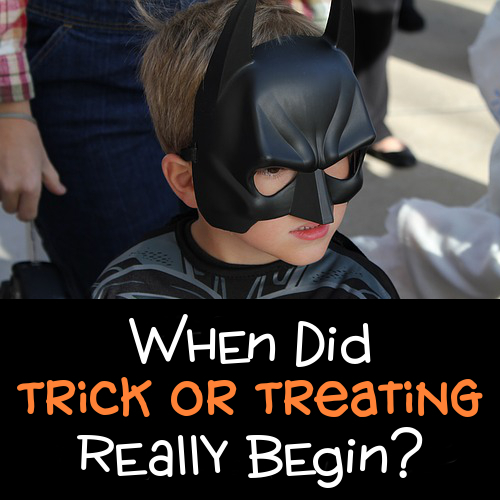 Image Credit: Original image shared by lcr3cr on Pixabay with a CC License

Some people view trick or treating as a modern trend that has spread from the USA over to European countries and even worldwide. This is not the case because it actually stems from an ancient British custom instead.

🎃 It is extremely hard to put exact dates on the history of Trick or Treating because it is a tradition that seems to have evolved from a number of age-old rituals and customs. Many of these customs revolve around celebrations for the Gaelic festival Samhain which marked the beginning of the winter.

Trick or Treating can be traced initially to a very British custom called Guising which dates back at least to the 16th century in parts of the UK including Scotland and Ireland. 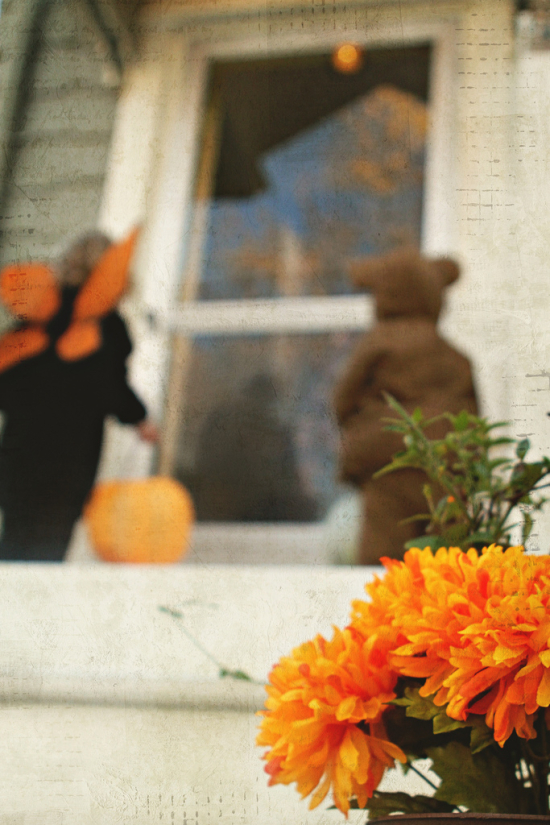 Image Credit: Shared by RebeccaVC1 on Flickr with a CC License

Guising may have branched out from the practice of Souling. This dates back to the Middle Ages which is anywhere from the 5th to the 15th century. With Souling, poor people and also children would visit the homes of richer people and pray for the souls of the givers and their dead friends and relatives in exchange for a soul cake.

So exactly when Trick or Treating actually began is a mystery that no scholar has yet been able to solve. You will find many different suggestions online but the only truth gleaned from history is that it is a centuries old British custom.

What is Guising and What does it Mean?

In this form of the Halloween tradition, guising, dressing up in disguise, was a custom where people would go from door to door, singing songs or reciting poetry in exchange for food or even money.

It is believed that initially adults participated in Guising before the tradition evolved to children and young people going from house to house instead.

Guising, also called Galoshin, still occurs in parts of Scotland. On the 31st October during the evening time, small groups of children dress up in disguise. Often accompanied by adults also in costume, they choose some streets to walk down in the local area and stop to knock on the doors of houses.

When the door is opened each child or guiser will perform something such as a song, a poem or even some jokes. Custom dictates that the homeowner should reward these performances with something. Often this will be sweets but sometimes it will be fruit and nuts or even a small amount of money.

The Difference Between Guising and Trick or Treating 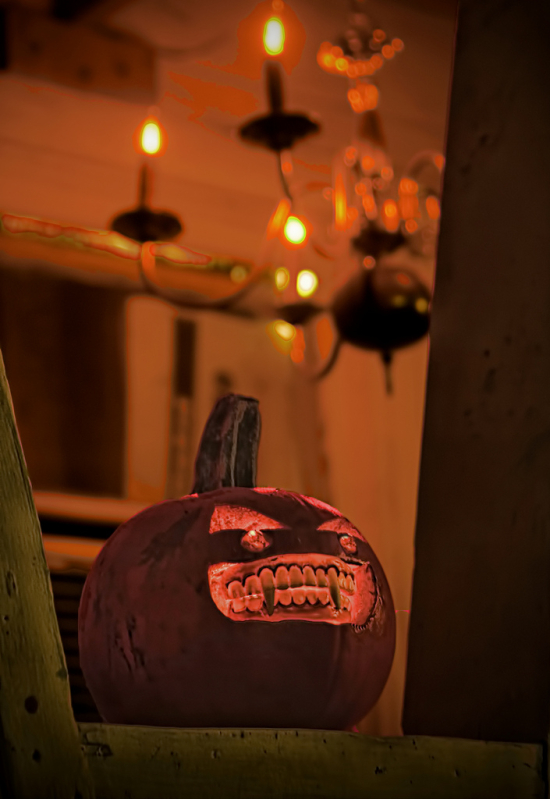 Image Credit: Shared by Chris Yarzab on Flickr with a CC License

Trick or Treating has a bit of a bad rap in the UK for a number of reasons. Some people wrongly believe it is just an American import when actually it originally stems from centuries old British traditions.

Other people do not like the idea of kids roaming the streets on Halloween night, even with adults in tow. And many people object to having their doorbell pressed or knocker banged by children shouting "Trick or Treat" and expecting a load of treats or candy in return.

With Trick or Treaters there is the expectation that you get candy just for showing up in costume and knocking on a door. In contrast, Guisers have to perform something in order to receive anything back in return. That is the custom. The treats are a reward for the children performing something. 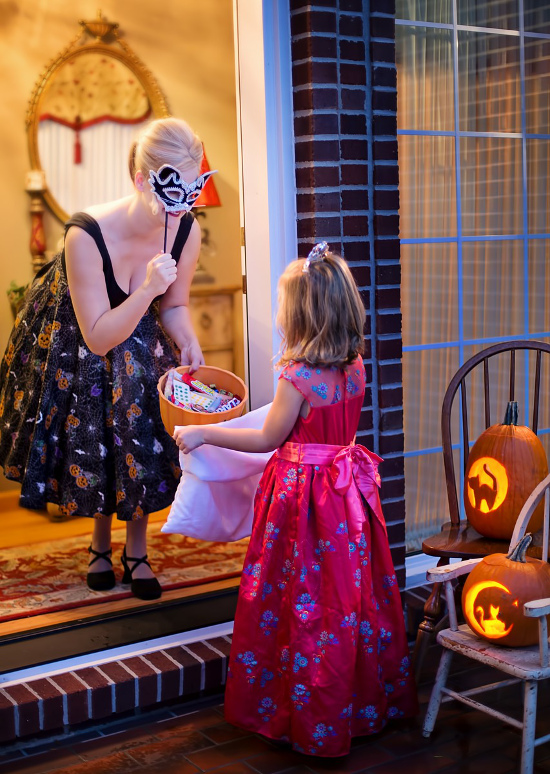 Image Credit: Original image shared by jill111 on Pixabay with a CC License

Although the actual customs can be dated back a long way in British traditions, modern Trick or Treating really started to take off in this country during the 1980s.

The phrase Trick or Treat does appear to have come from America even though the concept itself was not new to this country.

The popularity of this custom has had a large effect on traditional Bonfire Night Celebrations in England because, being less than a week before-hand, Halloween celebrations are now steadily taking more prominence.

People are having parties, fireworks and bonfires more for Halloween night and this is beginning to completely overshadow the traditional custom of Bonfire or Guy Fawkes Night in the UK.

🎃 About Modern Day Trick or Treating

The original idea for Trick or Treating was for children to dress up on the evening of October 31st and walk around in groups, sometimes, but not always, accompanied by adults.

The children would knock on a door and say Trick or Treat, waiting for the homeowner to choose. The owner could either offer out candy and treats or risk having some kind of trick performed on them.

See how Trick or Treating works now and how to go about it.

Modern day Trick or Treating really dispenses with any threat of a trick and candy are normally handed out more or less immediately by participating homeowners.

Some homeowners spin the tables by performing tricks on the kids who come to the door. It's not uncommon for them to open the door with a scary mask on in a bid to frighten the children. Sometimes this is done in jest and sometimes simply to be mean because they don't like kids or this tradition.

If you don't care for this Halloween tradition, refer to my what to do if you don't want trick or treaters article listed below.

What To Do If You Don't Want Trick or Treaters

Posted in Facts about Halloween, Trick or Treating | Permalink | Comments (0)