Here in the UK, Halloween has recently enjoyed a massive surge in popularity with more and more shops and stores filling the shelves with related items. It is not surprising then that many people are getting curious about the occasion.

You may be wondering why we celebrate Halloween in the UK even. Is it just a fad that has taken off because of our American neighbors overseas? Or should it really be an occasion to celebrate and observe each year? I'm a really big fan of this Autumnal occasion. I grew to love it long before it actually became trendy here to do so.

When I first started to decorate our home for October 31st, none of our local shops were selling any items or props so I had no real choice but to make my own. Since it has started to become much more popular, I've been able to shop for small props, decorations and costumes as well. Discover What is Halloween all about and much more from this page and my whole site. 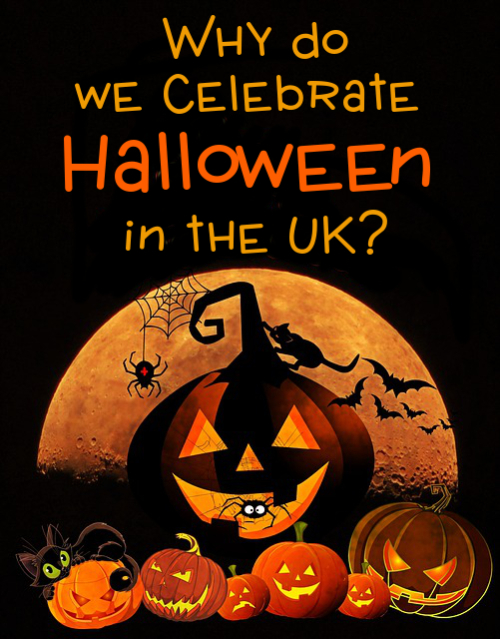 Image Credit: Original image shared by cocoparisienne on Pixabay with a CC License

Table of Contents: Click to Go to a Section or Read On

When is Halloween in England?

This occasion is always celebrated on the same date every year which always falls on the 31st October. It is celebrated in many other countries on the exact same date and most notably over in America.

When did Halloween Start in the UK?

Some people will say that this event is still very new to the UK and it is something that has merely caught on and been imported from overseas.

Trick or treating certainly started more in earnest here in England in the 1980's though it is not a new custom at all. In Scotland, however, people had an ancient version of Trick or Treating called Guising stretching back for thousands of years.

Halloween itself is not new at all in this country. It is believed that Halloween first originated from Samhain which is a Celtic or Gaelic festival that has extremely British roots.

Samhain, which means summer's end, is thought to have been a pagan Celtic festival. It celebrated the end of summer and harvest time. All the crops that had been grown were gathered in and stored before the start of the colder months and the winter season. It is easiest to think of Samhain as being a type of harvest festival.

We know from ancient literature that Samhain was celebrated very widely in parts of this country including both Scotland and Ireland. Through ancient texts it can certainly be dated back at least before the 10th century and may well have originated many centuries earlier than this.

If anyone says that Halloween is American, they're 100% wrong. It first originated in the UK where it has a very long and rich history indeed. It really stands to reason that if anyone should be celebrating it, we should.

The Meaning of the Word Halloween

It is rather ironic that some people think that the October 31st occasion is satanic and related to the devil when it has quite the opposite meaning. It falls the very day before All Hallows Day which also known as All Saints' Day.

What does Halloween Celebrate? 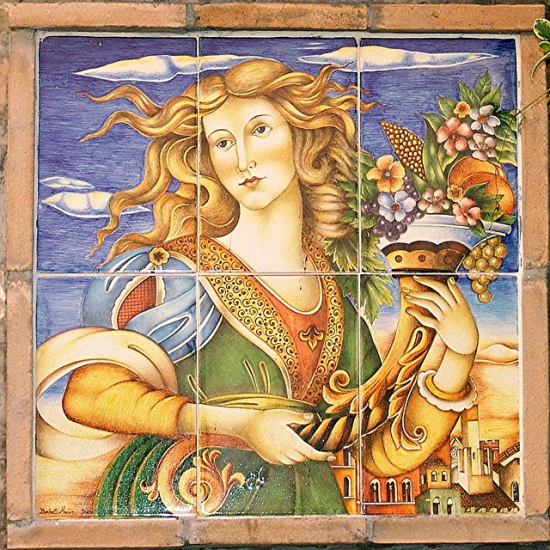 The cornucopia, horn of plenty, is a classic and age old symbol that relates to an abundance. It is a motif that has deep connections with the Harvest season, Halloween and Thanksgiving.

Image Credit: Original image shared by travelspot on Pixabay with a CC License

It is widely believed that Samhain was the ancient form of this particular celebration. Back then ancient gods were worshiped at this time of year. People were superstitious and they wanted to feel that they would get protection from the gods against the harsh winter months, for themselves and for any animals and livestock that they owned.

Winter brought uncertainty over everyday life when people had to provide enough food for all their family. Offerings were left outside as a way for people to please the gods. Offerings included crops, food and drinks.

People also believed that this was a time when souls of the dead visited their homes. This was not something that was thought to be spooky or frightening.

It was a one time occasion where people would set places at the dinner table and welcome back any dead spirits or souls to the family home. This was a time when the dead where remembered, observed and celebrated once a year. It was something done out of love and respect for the dearly departed and not from fear.

How we Celebrate October 31st Now

The modern day version involves dressing up, costume parties and going out trick or treating. Although these aspects may all seem very frivolous, most of them are actually connected back to the ancient traditions in some way.

The notion of costumes and trick or treating goes back at least to 16th century Britain when it was called Guising. With guising, children would disguise themselves and then go from door to door hoping for gifts of food or money in exchange for a song, poem recital or even a joke. Guising still occurs in parts of Scotland.

Lots of people choose to dress up as rather spooky or frightening characters such as ghosts, witches and vampires simply because they associate this occasion with those types of things. However, the modern day trend is really to dress up as something other than your normal self. You can absolutely let your imagination fly and pick a favorite film character, an animal, an object or just something that you find funny and novel to dress up as. There are no real rules or limitations. 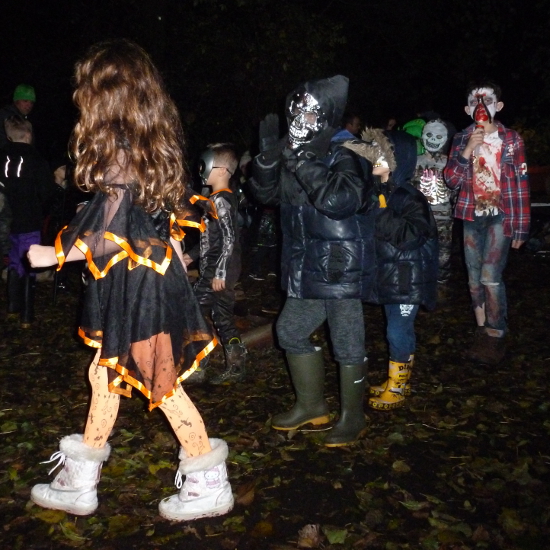 Kids often like to dress up as spooky characters like skeletons, witches and zombies as you can see from a local party we attended. However, you can choose any style of costume and not just a horror themed one.

Halloween now is very much about letting loose and having a good time. People may not be interested in all the traditions and the reasoning about why it all began and that's fine. It has evolved over time into a celebratory occasion where you can enjoy parties, events, trick or treating and decorating the home.

Both children and adults can look forward to this period of laughter and happiness at a time which is normally very cold and miserable in Britain. It is commercial, of course. The shops love any time of year that they can exploit. But that should not stop anyone from having fun with it too.

How to Go Trick or Treating: How it all Works Step by Step

How to Stop Trick or Treaters from Coming

Halloween Facts for Kids and Adults

Posted in Facts about Halloween, Trick or Treating | Permalink | Comments (0)