One excellent choice of Halloween outfit or fancy dress is to transform yourself with a Ghost of Marley costume. Jacob Marley is the dead business partner of Ebenezer Scrooge in the Charles Dicken's book, A Christmas Carol.

In the classic story by Dickens, Marley is a cold-hearted and mean money lender who comes back to haunt Scrooge seven years after death. He appears as a ghost on Christmas Eve to plead with Scrooge to change his ways before it is too late.

Marley shows more kindness in death than he ever did in life. He helps his former business partner so that he will not have to suffer the same fate as he has. 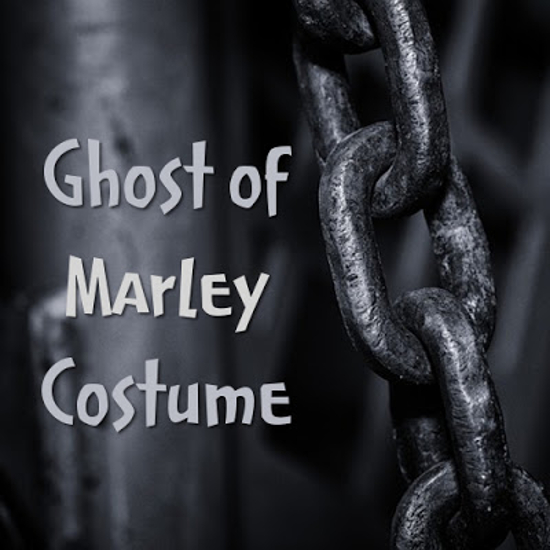 Image Credit: Original image shared by Maaark on Pixabay with a CC License

🎃 In a Hurry? Get a Jacob Marley Costume HERE from Amazon.com and at Amazon.co.uk

How to Dress up as the Ghost of Jacob Marley: A Complete Costume Rundown

One detail about this character, which often gets left out, is the fact that Marley wore a handkerchief like a bandage. It was wrapped underneath his chin and tied at the top of his head.

You can use a strip of white fabric to achieve this for a more authentic look based on how Charles Dickens described this apparition.

Because there are very few actual Jacob Marley costume sets available, I advise looking for a Victorian Ghost costume for men. You can add costume chains around this to get the exact look that you need to play this character. 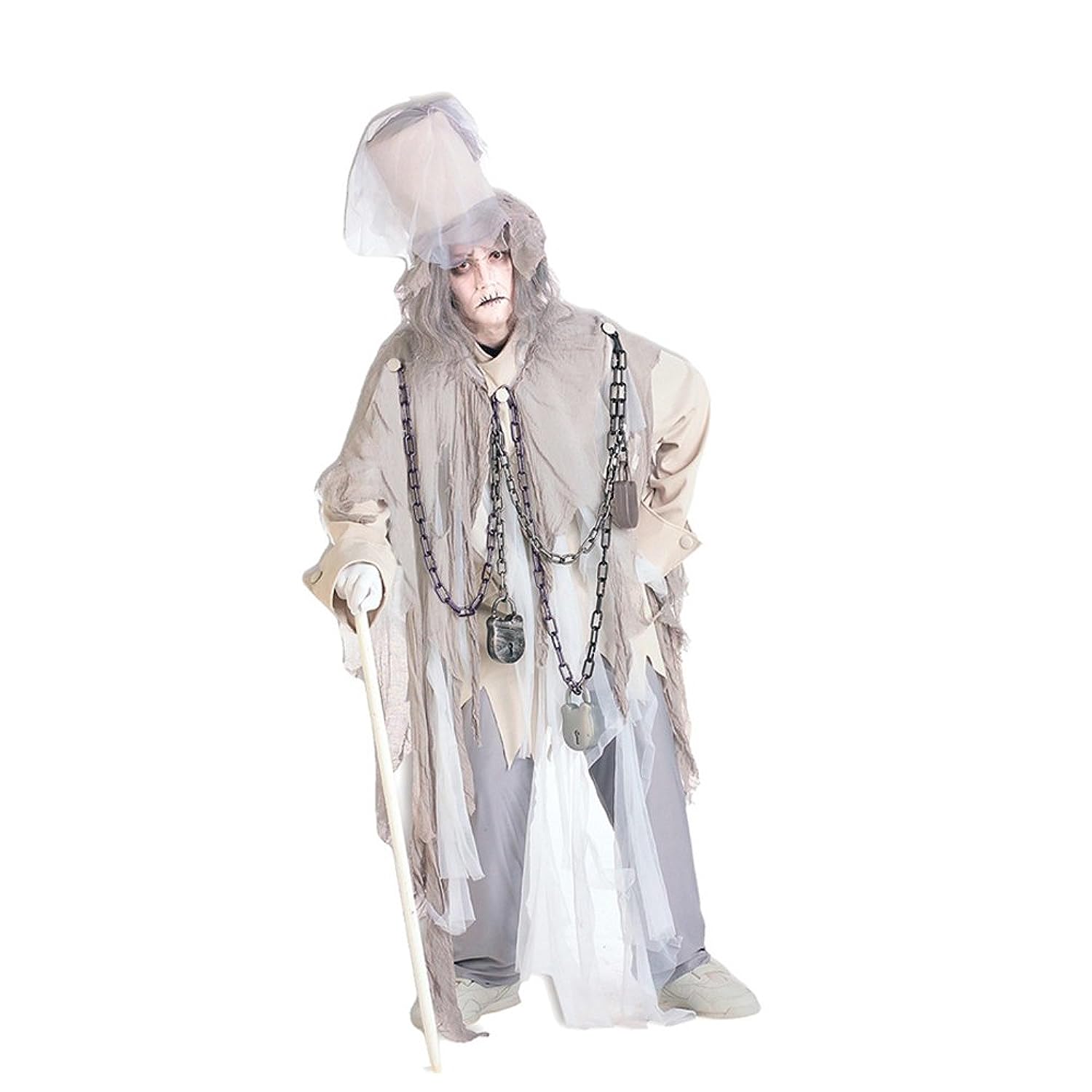 Get a Jacob Marley Costume on Amazon.com

UK Readers get a Jacob Marley Costume from Amazon.co.uk

This is a one-size costume for a Jacob Marley outfit which includes a tattered hat and coat and just one lock and chain.

Note that you do not get all the chains as pictured so you might need to buy more of those. You also do not get any wig, pants or a walking stick prop. So, as always, please read item descriptions carefully and any reviews that are available. 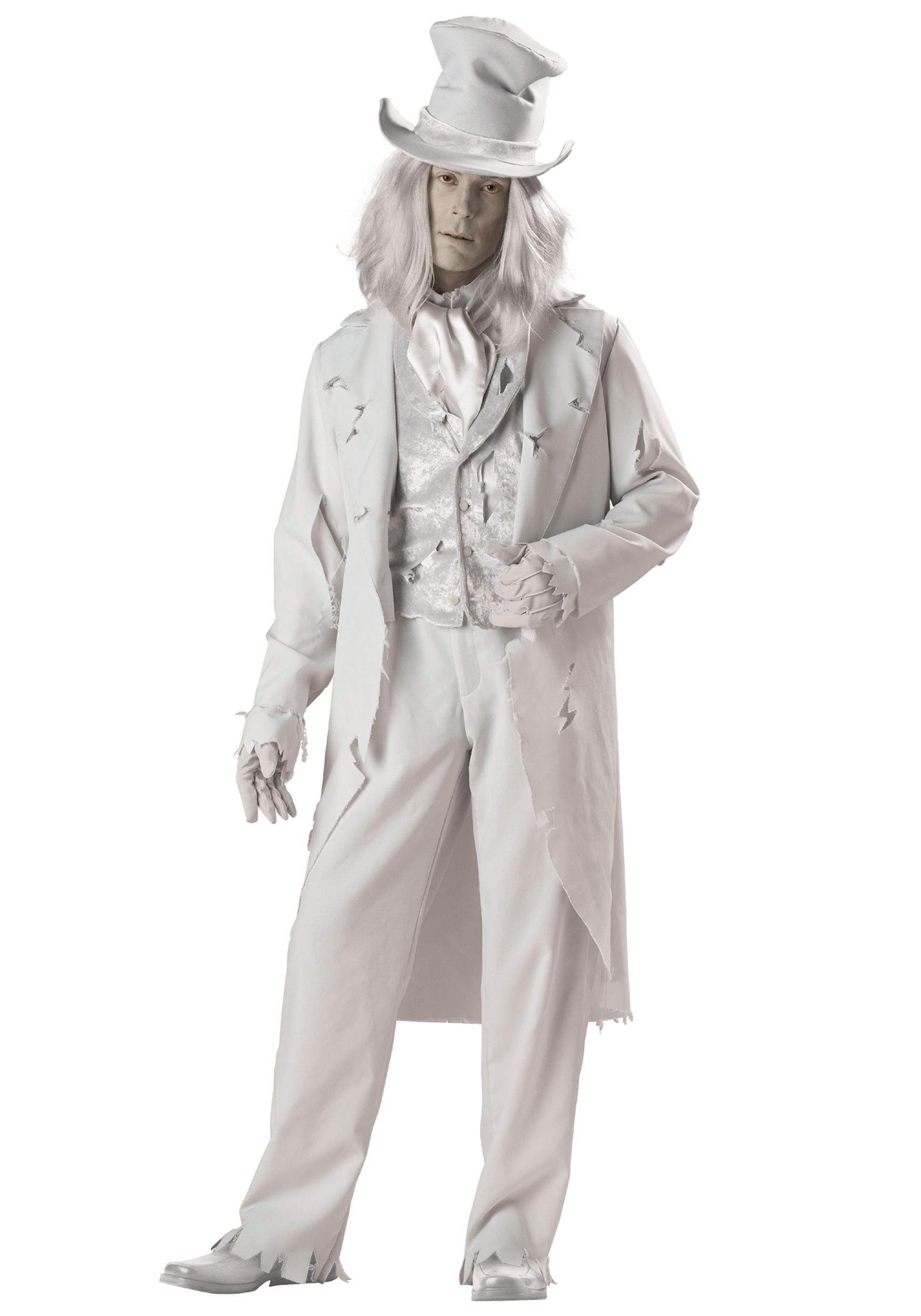 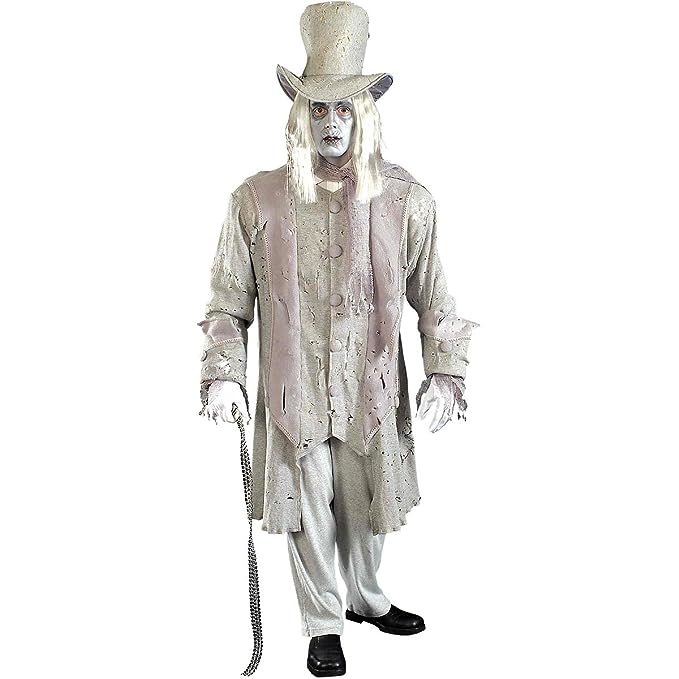 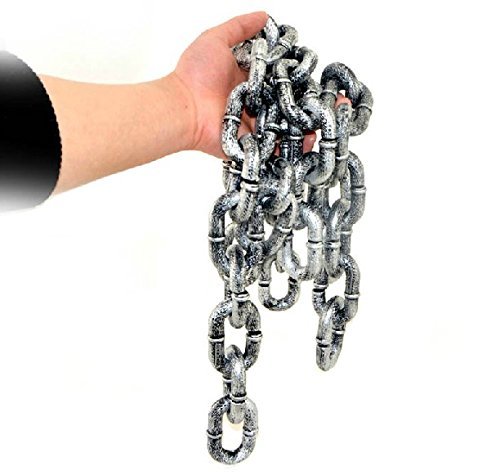 UK Readers get a Jacob Marley Costume from Amazon.co.uk

Jacob is further described as being in his usual "waistcoat, tights, and boots" so in other words he was dressed in the clothes that he would have worn in life. They would be the same clothes that Scrooge would be familiar with.

Since Charles Dickens dated Marley's death at 1836, he would have probably worn clothes in the typical style of 1830s fashion. This was the Victorian era and quite formal clothes including top hats would have been worn by men. 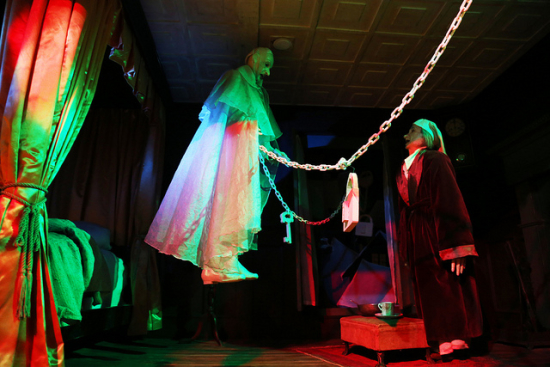 The ghost of Jacob Marley and Ebenezer Scrooge from Charles Dickens A Christmas Carol in theatre.

Image Credit: Shared by Jim, the Photographer on Flickr with a CC License

Marley's body looked transparent to Scrooge. To get this ghost-like look and appearance, actors portraying this character often dress in white clothes. Sometimes the actors are lit up on stage or film with very cool and cold color lights in blues and greens to give Marley an eerie glow or quality.

You can get a sense of that eerie look with the photo above and the lighting that has been used on the ghost who is dressed in a long white frock coat.

Wearing an old-fashioned style of a white trouser suit would work. You could customize it further with using sheer or semi-transparent fabrics such as voile over the top worn like a ghostly cape. 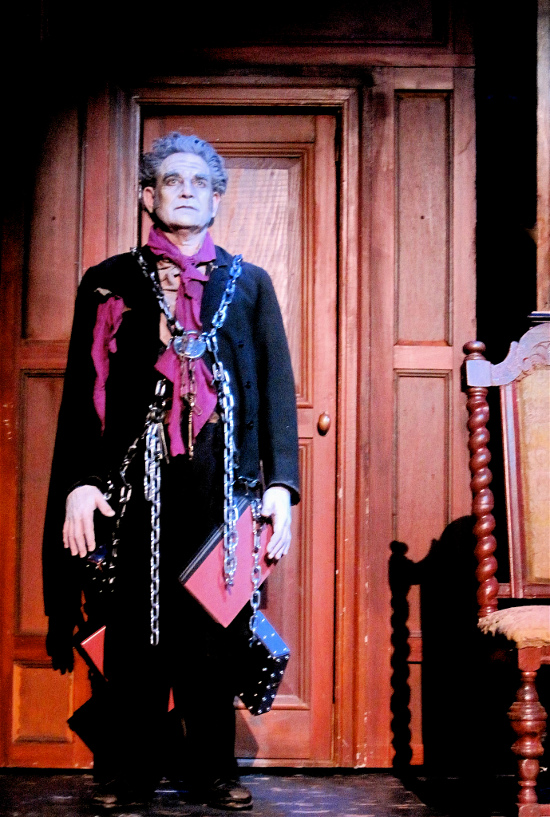 The ghost of Jacob Marley weighed down with all the long chains, keys, padlocks, cash boxes and books.

Image Credit: Shared by Willo Hausman on Flickr with a CC License

The part that most distinguishes this character from any other are the Jacob Marley chains. He wears long chains that are wound around his body and they are made up from cash-boxes, keys, padlocks, ledgers, deeds, and heavy purses wrought in steel. You can get some plastic chains to wear which are nowhere near as heavy.

The very descriptive chains that have locks, keys, books and heavy money bags attached are all the things that Marley coveted most in life but are now weighing him down as an eternal cross to bear in death. This prop is an essential part of a Dickens Marley fancy dress outfit.

Jacob Marley makeup is likely to be mostly white. As a ghost or apparition, Scrooge described it as being transparent so white is an obvious choice to remove all trace of color and warmth from your skin. You can create that look quite simply by using white face paint such as Snazaroo all over your face.

As a rather tormented soul, you can imagine Marley being shock white with haunted deep set eyes set in shadow. You can wear white gloves to cover your hands up to match. There's a great art picture here which shows Marley much as I imagine him.

Jacob, played by Peter Firth, became the hot topic in the BBC Dickensian TV series when everyone wanted to know the answer to: who killed Jacob Marley. Make sure you do this popular Dickens character justice when you dress as him.