The Princess Bride movie is just packed to the hilt with tons of witty quotations and quips. Westley, not Wesley, comes out with some truly fantastic Dread Pirate Roberts quotes and sayings which are beautifully sarcastic.

Played to absolute perfection by the British actor Cary Elwes, Westley starts out his life as a simple farm boy. He goes on a quest to gather enough fortune to marry his true love, Buttercup.

On his journey he also gets referred to as The Man in Black because that's how he's dressed. I just love this character's dry humor which makes me smile each time I watch.

The Princess Bride Dread Pirate Roberts Quotes: As You Wish! 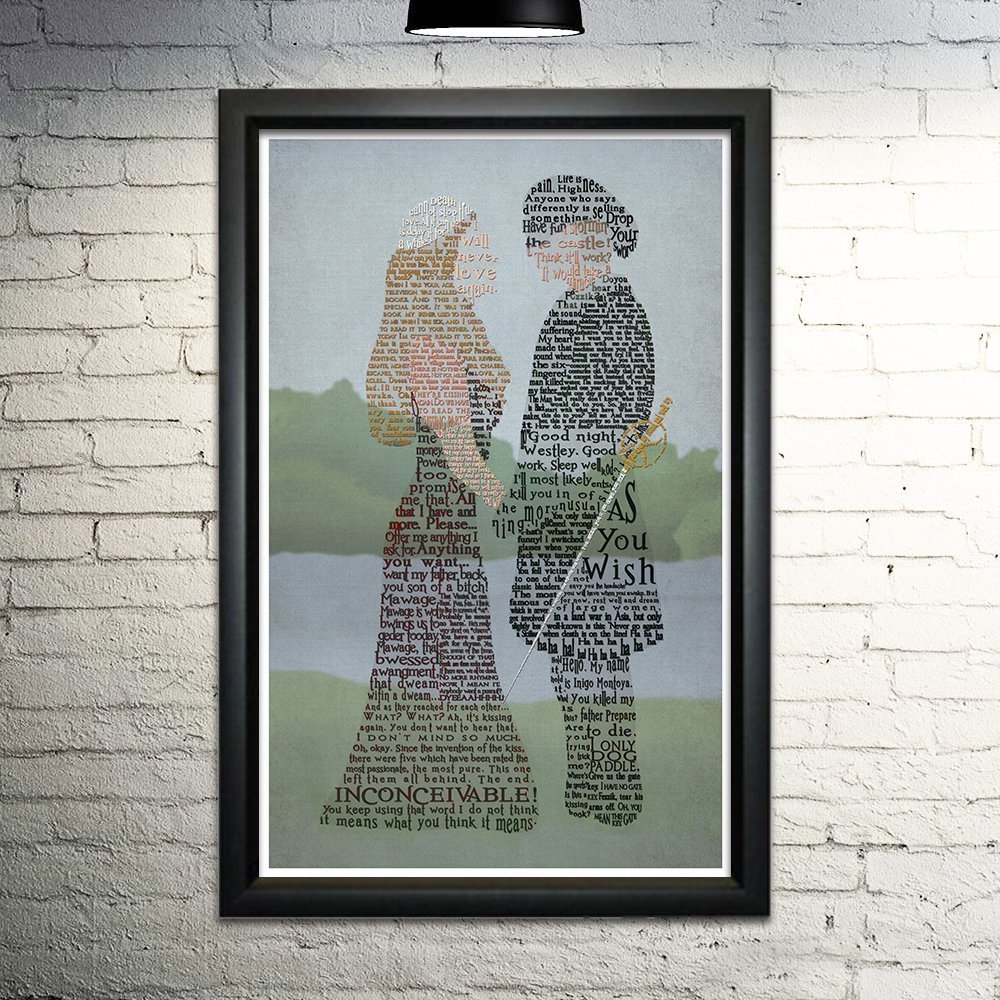 Westley is best known for his favorite saying As You Wish which is a line between him and sweet Buttercup. But you really must read his other quotations shown below because they are pure genius.

"Look, I don't mean to be rude but this is not as easy as it looks so I'd appreciate it if you wouldn't distract me."

At this point of the movie, Westley, is known by others as just The Man in Black because that is how he's dressed. He provides the perfect rebuff when the Spanish swordsman Inigo is impatiently waiting to duel with him. After all, it's not easy climbing the almost impossible Cliffs of Insanity!

"That does put a damper on our relationship."

The reply that the Dread Pirate gives to Inigo after the Spaniard said he was only waiting around to kill him.

"No good. I've known too many Spaniards."

Westley refuses to believe Inigo when he says that he gives him his word as a Spaniard.

"Get used to disappointment."

Inigo is amazed at the mysterious Man in Black's sword fencing skills and desperately wants to know who he really is. Westley refuses to tell him.

"I would sooner destroy a stained glass window than an artist such as yourself."

Although he is dueling, Westley remains ridiculously polite. This perfectly reflects and is also a humorous send-up of his proper English background. So the Dread Pirate knocks out Inigo in style.

"Please understand, I hold you in the highest respect."

What he says to Inigo after knocking him senseless. That's OK then!

The Dread Pirate Speaking to the Giant, Fezzik 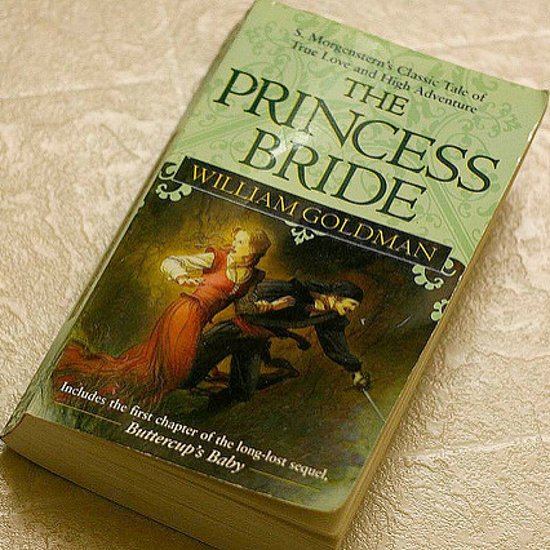 Image Credit: Shared by Richard Masoner / Cyclelicious on Flickr with a CC License

"I think the odds are slightly in your favor at hand fighting."

When you are going against a giant, I guess the odds are slightly stacked against you. Remind you of The Hunger Games just a little bit with the may the odds be ever in your favor quote? Anyway, this is what he quips to the giant Fezzik before engaging with him in a wrestling match.

"Look. Are you just fiddling around with me or what?"

This phrase makes me laugh every time I hear it. I guess Fezzik proves to be a very tough and annoyingly hard to beat opponent.

"It's just they're terribly comfortable. I think everyone will be wearing them in future."

What the Dread Pirate has to say about why he chooses to wear an eye mask. Fezzik does not trust anyone who wears a mask and hides their face. He wouldn't like Halloween then!

What our hero Westley says to the giant Fezzik after finally knocking him senseless. Since Fezzik is a giant, this makes perfect sense.

Westley Speaking to the Ever So Intelligent Vizzini

"Truly you have a dizzying intellect."

Vizzini has such an amazing and dizzying intellect that he is tricked into drinking the lethal iocane powder by the Dread Pirate.

You can read more about Westley's encounter with Vizzini including lots of quotations on my Iocane Powder facts page.

Westley Speaking as The Dread Pirate to his True Love Buttercup 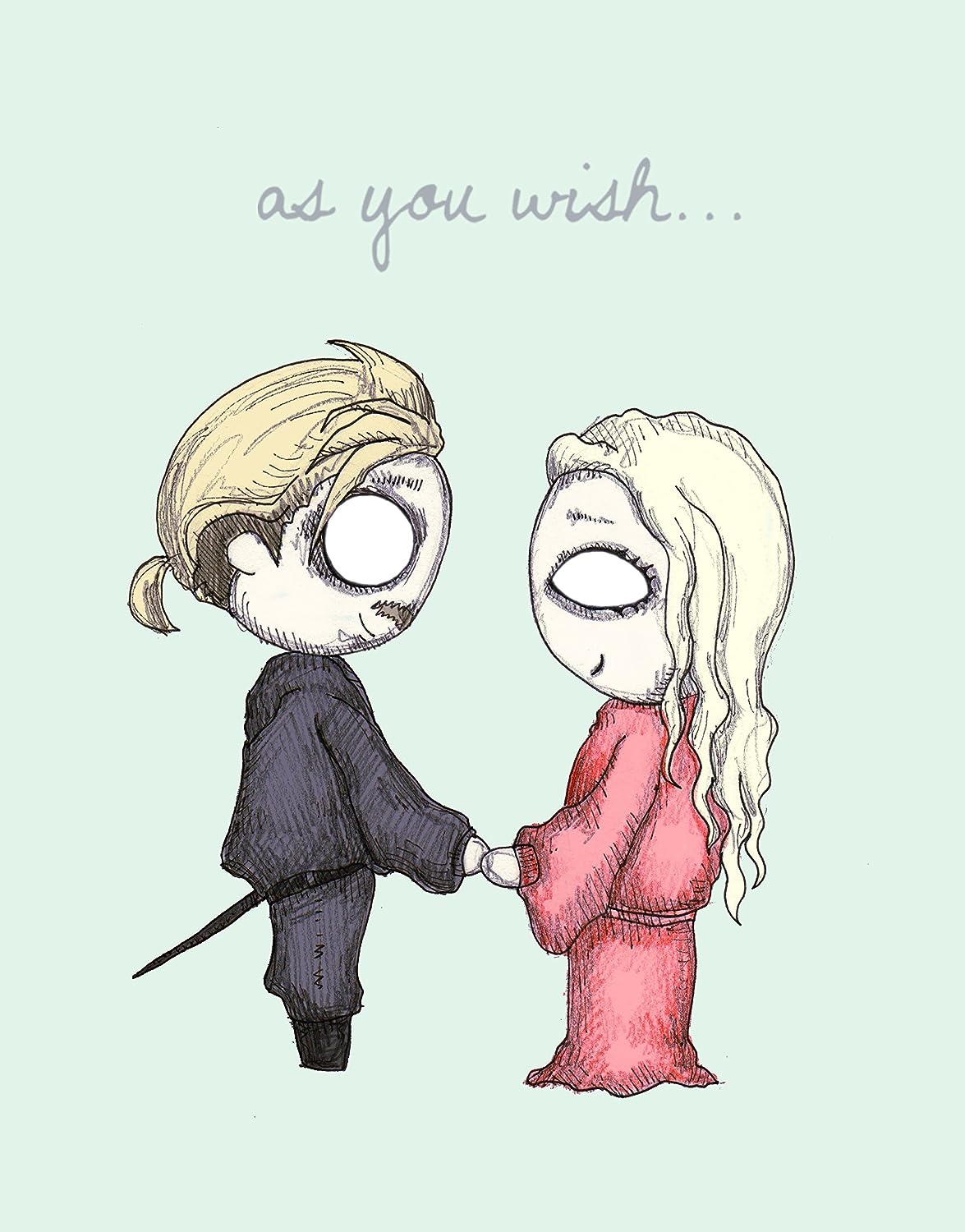 As You Wish Fine Art Print at Amazon.com

"Once word leaks out that a pirate has gone soft, people begin to disobey you and then it's nothing but work, work, work, all the time."

"Life is pain, Highness. Anyone who says differently is selling something."

What he says to his true love, Princess Buttercup, after she declares that he is mocking her pain.

When he shouts this back at Princess Buttercup after she's pushed him down a hill, she finally realizes that the masked Man in Black is actually her true love Westley. When she knew Westley as a farm boy, all he would ever say to Buttercup was As You Wish. What this phrase meant was that he truly loved her.

"Death cannot stop true love. All it can do is delay it for a while."

Westley has returned to Buttercup's side and he is explaining why she should never have doubted his return.

"There's a shortage of perfect breasts in this world. It would be a pity to damage yours."

Yes, he even jests as his true love Buttercup is about to stab herself in the chest. 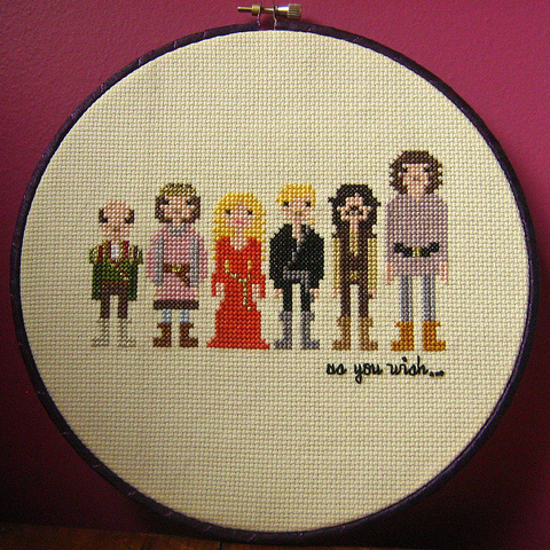 Image Credit: Shared by PB Cross Stitch 1 on Flickr with a CC License

Quips on the Fire Swamp

"I'm not saying I'd like to build a summer home here but the trees are actually quite lovely."

The Dread Pirate's opinion on the hideous death trap known as the Fire Swamp.

"Rodents of unusual size? I don't think they exist."

Westley sounds so sure of himself here. That is, until a Rodent of Unusual Size (an ROUS) leaps out and pounces on him.

Westley does Not Mince His Words

"I'll explain and I'll use small words that you'll be sure to understand you warthog faced buffoon."

"It's possible, Pig, I might be bluffing. It's conceivable, you miserable, vomitous mass, that I'm only lying here because I lack the strength to stand. But, then again ... perhaps I have the strength after all."

The Dread Pirate Roberts is ever so polite most of the way through the movie. His polite demeanor slips a little towards the evil and cowardly Prince Humperdinck. I just love how he puts this pathetic Prince down. Note that he does it so eloquently and doesn't need to resort to swearing.

What are your favorite sayings that Westley utters during The Princess Bride movie or the book by William Goldman. You can leave your choice in the comments below.