This page features my favorite selection of Vizzini quotes with some fabulous quips and lines from the man with the Sicilian brains in The Princess Bride movie.

The criminal mastermind known as Vizzini has a dizzying intellect of such high proportions. He really does believe that those famed Greek philosophers otherwise known as Plato, Aristotle and Socrates, are actually morons. Now that really is inconceivable.

In addition to the quotations, there are also lots of facts included about this favorite character played by Wallace Shawn. All quotations are taken from the movie version and not the book as written by William Goldman. 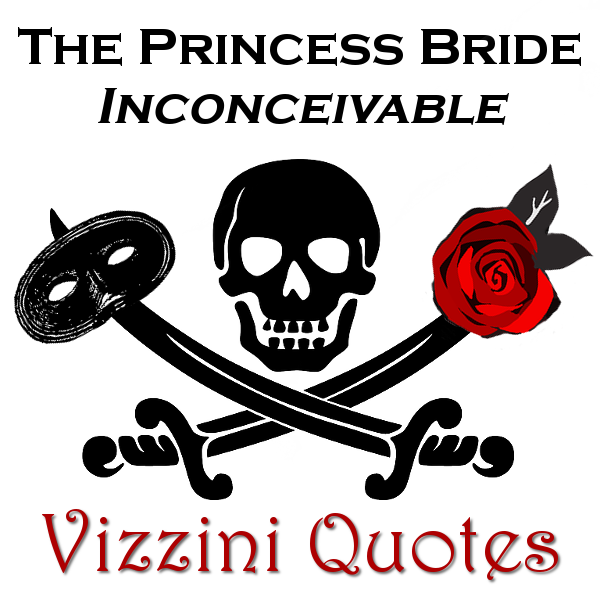 The part or character of Vizzini is acted out by Wallace Shawn. Next to the sword-fighting Spaniard, Inigo, and the giant called Fezzik, he is of small stature but has a blazing hot temper. His best known quip is the word inconceivable which he repeats again and again in The Princess Bride movie.

"Am I going mad? Or did the word 'think' escape your lips!"

This is what Vizzini says to Fezzik the giant. Fezzik is the brawn of the operation and part of the plan to kidnap the Princess Buttercup. Vizzini's character is always pretty rude and dismissive towards other people, believing himself to be far superior.

"When I found you, you were so slobbering drunk that you couldn't buy brandy!"

Vizzini reminds Inigo, the sword fighting Spaniard, why he is so lucky that he was hired to do a job when he was but a hopeless drunk before.

"That would be inconceivable."

Vizzini doesn't believe that anyone could possibly be following them.

"It would be absolutely, totally and in all other ways inconceivable." 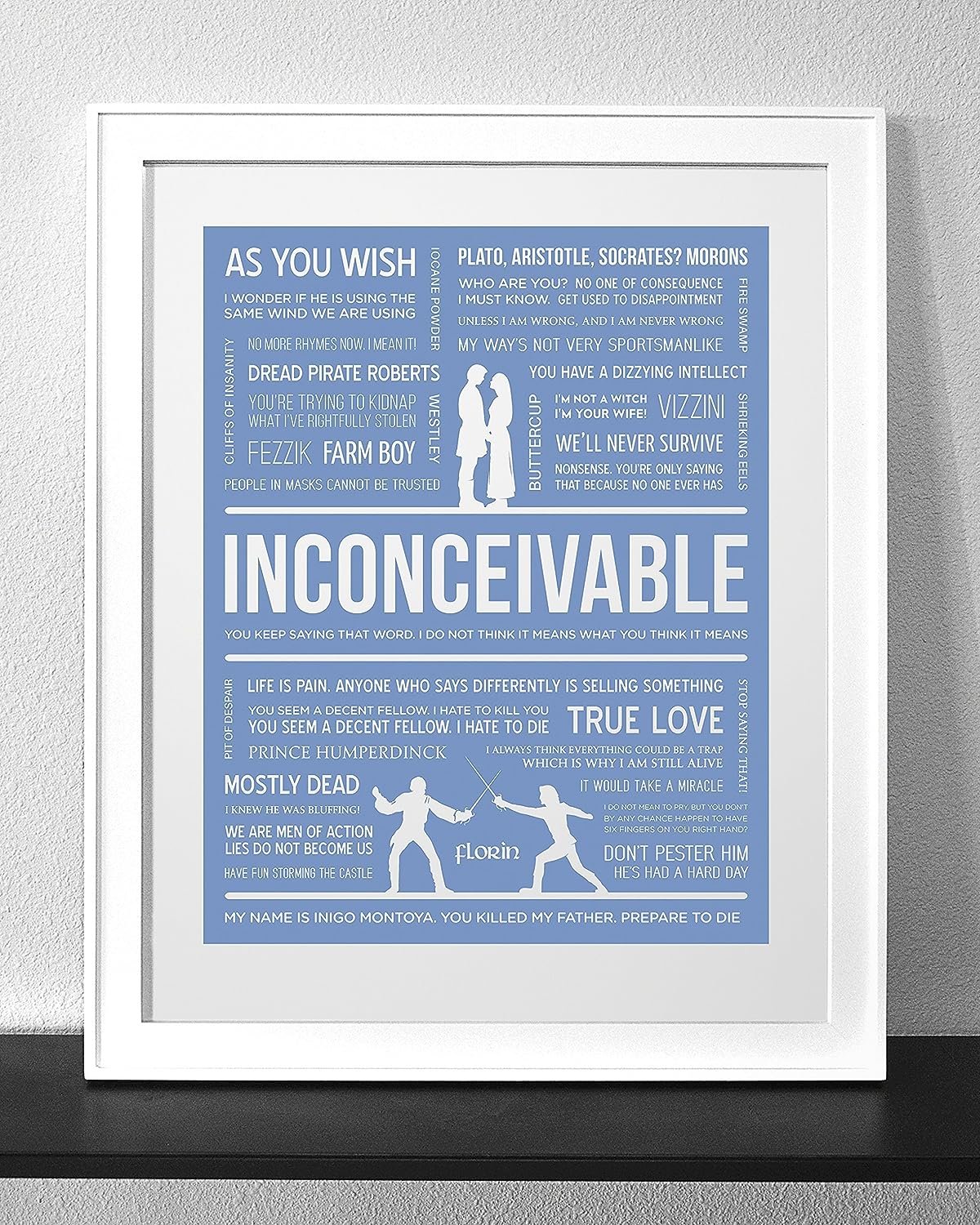 Get this Inconceivable Art Print from Hollywood Typecast on Amazon Handmade

Vizzini is still dismissive of Inigo's fear of someone being hot on their heels.

"Probably some local fisherman out for a pleasure cruise at night through eel-infested waters."

Not wanting to believe that anyone is hunting them down, Vizzini comes up with a great explanation for why someone else would be trailing behind them in a boat, in the dead of night, in waters plagued by the dreaded shrieking eels.

"Move the thing. And that other thing."

Yes, Vizzini is so incredibly intelligent that he doesn't know what the parts of a boat are and calls them things instead. He barks orders at Fezzik and Inigo as they are sailing to the Cliffs of Insanity.

"The minute his head is in view, hit it with the rock."

Vizzini is the mastermind behind the kidnap of the beautiful Princess Buttercup and definitely thinks he's smart, that is until he meets the mysterious Man in Black. Can Vizzini use his wits to work out which goblet contains the lethal iodine powder? And will he get the last laugh? Let's read some more of his funny Sicilian sayings and quotations.

"There's nothing to explain. You're trying to kidnap what I've rightfully stolen."

What Vizzini says to the Dread Pirate Roberts about Princess Buttercup.

"You're no match for my brains."

Without even knowing the Dread Pirate Roberts AKA Westley AKA The Man in Black, Vizzini divines that he is not of superior intellect.

Yes, Vizzini really and truly believes that the famous Greek philosophers are nothing but morons!?!

"Never go in against a Sicilian when death is on the line!" 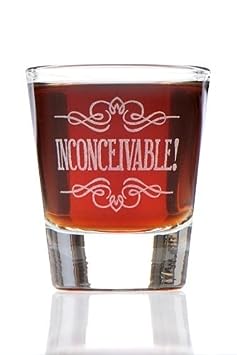 Yep, never go in against a smart Sicilian who thought of absolutely everything except that the iocane poison might be in both goblets. A ha, ha, ha, ha, ha. Vizzini really did get the last laugh, except that it truly was his very last laugh. Inconceivable!

Lots of Fun Facts about Vizzini from The Princess Bride

The iocane powder that is used in the duel of wits between Vizzini and the strange Man in Black is actually a fictional poison. Yes, if you thought that you'd never heard of iocane powder before the movie then you'd be right because it's merely a made up substance.

We know that it is an Australian toxin from what Vizzini says about it originating there. And both The Man in Black AKA the Dread Pirate Roberts AKA Westley as well as Prince Humperdinck tell us that this powder is odorless and tasteless.

What Vizzini's great intellect doesn't account for is the fact that the Man in Black has built up an immunity to the deadly powder over a number of years. So it doesn't matter what goblet the Man in Black drinks from because he is immune to the poison.

⭐ Find out more about iocane: Iocane Powder Facts and Quotes

What does Inconceivable Mean?

Inconceivable is Vizzini's trademark or characteristic quip or saying. He says it so much that Inigo, the Spaniard hired to help with the Princess Buttercup kidnap, challenges him on its usage. The word means that it is impossible to think or imagine something. In other words it is something unimaginable and unthinkable.

How many times does Vizzini say Inconceivable? When you watch the movie it does feel like Vizzini repeats this word over and over. Actually he only says it 5 times in total, although the word really and truly sticks with you which just goes to show the power of repetition when trying to remember things.

What are the Shrieking Eels?

Another fictional thing in the movie are the shrieking eels. When Vizzini, Inigo and Fezzik are sailing to Gildor, the Princess Buttercup tries to escape by jumping into the water. She is soon surrounded by creatures which Vizzini explains are shrieking eels.

They are so named because their cries grow louder before they are about to eat human flesh. All you see in the movie are giant eel shapes swimming in the water with a highly fanged head looking like it's about to feast on the princess.

Why does Vizzini Kidnap Princess Buttercup?

At first, it seems like an ordinary kidnap by a trio of bandits with Vizzini, the brains, at the helm. But we soon discover that it is all part of a much more intricate plot which has been started by none other than the Prince Humperdinck.

The Prince has employed Vizzini to kidnap and then kill the princess, making it look like this was done by a neighboring nation called Guilder. This will then allow Prince Humperdinck from Florin to rightfully declare war on Guilder.

Where are Guilder and Florin?

Guilder and Florin are both fictional locations in The Princess Bride. Guilder actually used to be currency used in the Netherlands before the Euro. And going with the currency theme, Florin used to be a currency used in Florence, Italy and was also the name of a now obsolete British coin. Interestingly, a Guilder is also known as a Florin. It's like the flip-side of a coin.

What does Vizzini Really Loathe?

Lots of things wind up this hot-headed and bad tempered Sicilian. But one thing is guaranteed to put him in a bad mood and that is Fezzik the giant's gift for rhyme. Fezzik loves to create rhyming verses along with his partner in crime, Inigo. Vizzini cannot bear the rhyming and gets into a rage when he hears it. 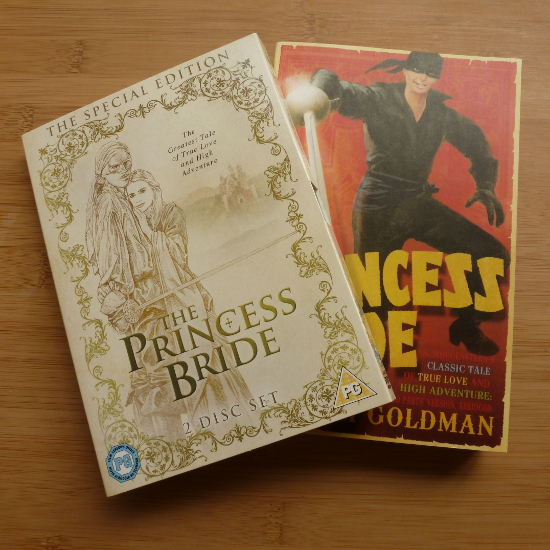 The Princess Bride is one of those extremely rare movies that can be watched and enjoyed over and over again. In fact, if you only ever watch it once then you're missing out because you appreciate so much more from this incredibly funny and well-acted movie by watching it multiple times. 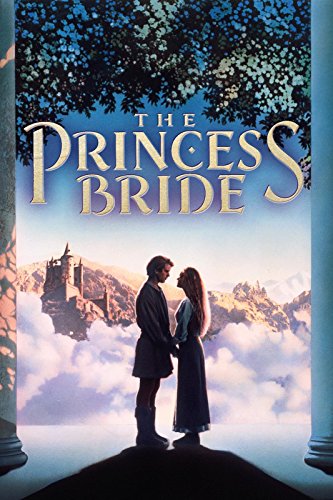 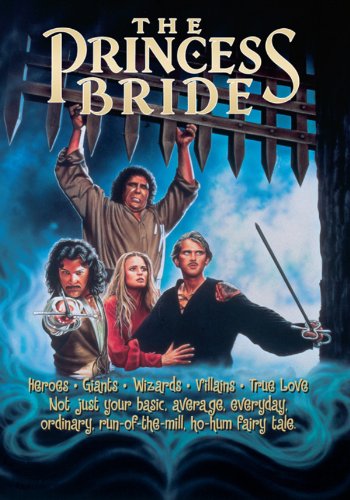 Every single character in The Princess Bride is worth watching and Vizzini, in particular, is such fun because he thinks he's some kind of genius yet acts a bit like a buffoon. After watching it a couple of times, view it with the subtitles so you catch every witty line!