This selection of Inigo Montoya quotes are taken from The Princess Bride movie and include the famed Hello. My name is Inigo Montoya line that the actor Mandy Patinkin repeats again and again. He states it each time through the movie with such passion and conviction that you somehow never get tired of hearing it.

You'll discover all of Inigo's most popular sayings right on this handy page. Very often, people mistake this amazing sword fencer as having uttered the Inconceivable quip but that was actually Inigo's boss, Vizzini, instead. I've got quotes for him too listed near the page end.

Inigo is the greatest swordsman ever until he duels with The Dread Pirate Roberts that is. This witty Spaniard has two fantastic fencing duels during the movie. Read on for his best quotations or prepare to die!

The Best Princess Bride Inigo Montoya Quotes: What He Says to Vizzini 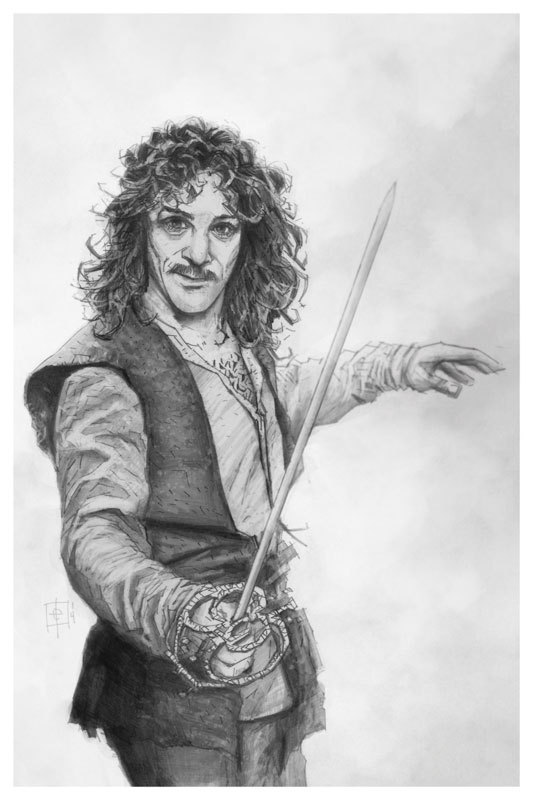 Inigo is a hilarious and witty sword fencing Spaniard in The Princess Bride book by William Goldman and the movie. His father was killed by Count Rugen who, unusually, had a 6 fingered hand. Inigo dedicates his whole life to avenging his father's death.

"I wonder if he's using the same wind we are using."

Here, Inigo is talking to his criminal mastermind boss Vizzini about the fact that they are being hotly pursued in their boat by very mysterious Man in Black.

Vizzini keeps on uttering the inconceivable line over and over and Inigo finally challenges him on its usage.

"I'm going to do him left-handed."

Inigo risks Vizzini's hot temper by stating that he's going to duel with The Man in Black using his left-hand. Inigo feels that he is such a great swordsman that the duel would be over all too soon if he used his right, and better, hand instead. Vizzini just wants the job done. 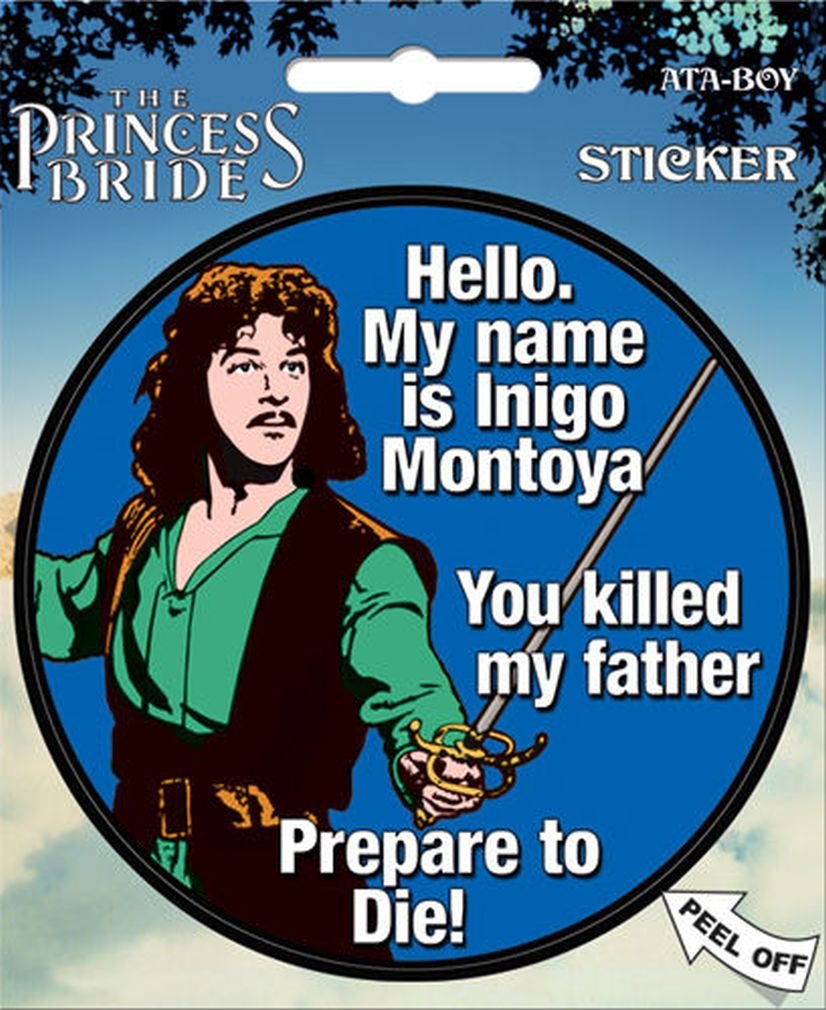 The Man in Black, also known as the simple farm boy Westley and not Wesley, turns himself into the Dread Pirate Roberts and is struggling to climb the almost impossible Cliffs of Insanity. During this rather difficult climb, Inigo throws him this handy and oh-so-helpful one-liner.

"I do not think you will accept my help since I am only waiting around to kill you."

Here, Inigo is talking to the Dread Pirate who is on the very last stretch of climbing the Cliffs of Insanity.

This swashbuckling Spaniard has the best sword fighting skills known to man. That is until the mysteriously masked Dread Pirate Roberts turns up. The fencing duel that this pair have goes down as one of the very best sword fighting scenes in movie history. The actors Cary Elwes and Mandy Patinkin practiced this to absolute perfection.

"I do not mean to pry. But you don't by any chance happen to have six fingers on your right hand?"

Inigo wants to know more about this mysterious Man in Black also known as the Dread Pirate Roberts. In particular, he is desperate to discover if he is in fact the six-fingered man who killed his father, Domingo Montoya.

"There's not a lot of money in revenge."

Inigo is having a rather civilized and friendly chat with The Man in Black or the Dread Pirate Roberts before their incredible and funny swash-buckling fencing duel.

"You seem a decent fellow. I hate to kill you." 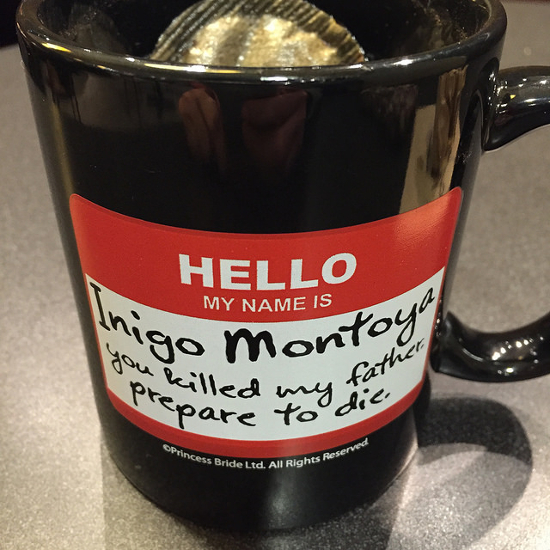 Image Credit: Shared by anokarina on Flickr with a CC License

Inigo is the greatest swordsman, having practiced his art for 20 years and it is simply inconceivable to him that he will lose to the mysterious Man in Black. In fact, he is amazed by the sword skills of this man and really wants to know who he is. However, he is left disappointed at this point and does not find out.

"You know, it's very strange. I have been in the revenge business all of my life. Now that it's over I don't know what to do with the rest of my life."

It is quite a sad and poignant moment. Inigo has devoted his entire life to getting revenge for his father. Now that he finally completed this task, he no longer knows what to do with himself. He feels that he has no purpose.

This is the line in the movie that the actor Mandy Patinkin states is his personal favorite. He felt that he did not really grasp the meaning of it until meany years after the filming of the movie. Here are his words on this particular subject.

"The purpose of revenge is, in my personal opinion, completely worthless and pointless. And the purpose of existence is to embrace our fellow human being, not be revengeful. And turn our darkness into light." - Mandy Patinkin

Inigo reveals this insight to Westley who he now knows was The Dread Pirate Roberts. Westley offers him the chance to go into the pirate business.

The Princess Bride Inigo Montoya's Most Famous Quotation of All 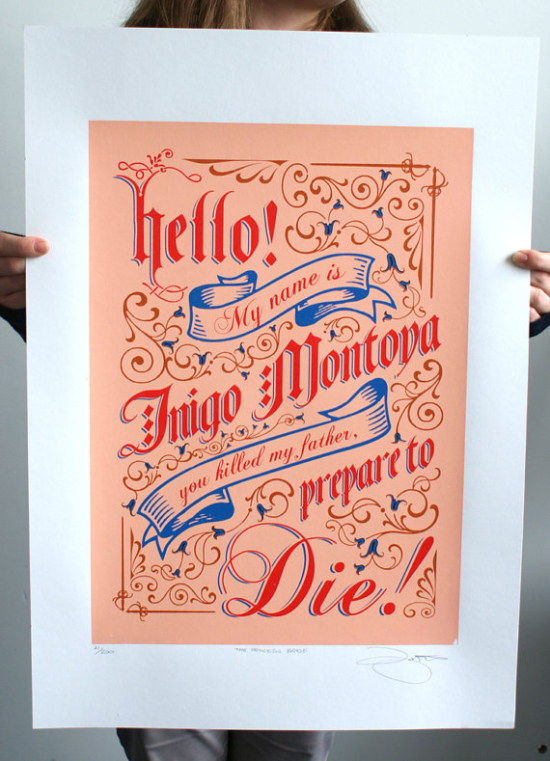 "Hello. My name is Inigo Montoya. You killed my father. Prepare to die."

The way that the actor, Mandy Patinkin, recites this line time after time during The Princess Bride movie is pure genius. When he finally catches up with the six-fingered man AKA Count Rugen, he repeats the words over and over with such increasing passion and emotion that makes for first class acting.

It really is one of the many must-watch scenes in the movie. Apparently Mandy was actually thinking about and channeling his anger at his own father's death from cancer during this very scene. That these words have genuine meaning to him is very apparent from how intensely they are spoken.