Scary Masks for Adults to Wear

Many people use masks or eye pieces as accessories to complete a costume look. However, there are some really awesome designs that actually are so cool that they can be used without any other gimmicks or need for further dressing up.

The ones here focus on rather scary, creepy and horror like designs for adults to wear. Warning, they may well give your friends and family a little fright when you put them on.

I remember my dad scaring me silly with the really cheap plastic variety; never mind the more realistic looking versions that you can get now. Thinking of dressing up? You have to take a look at these.

Sloth from The Goonies Mask 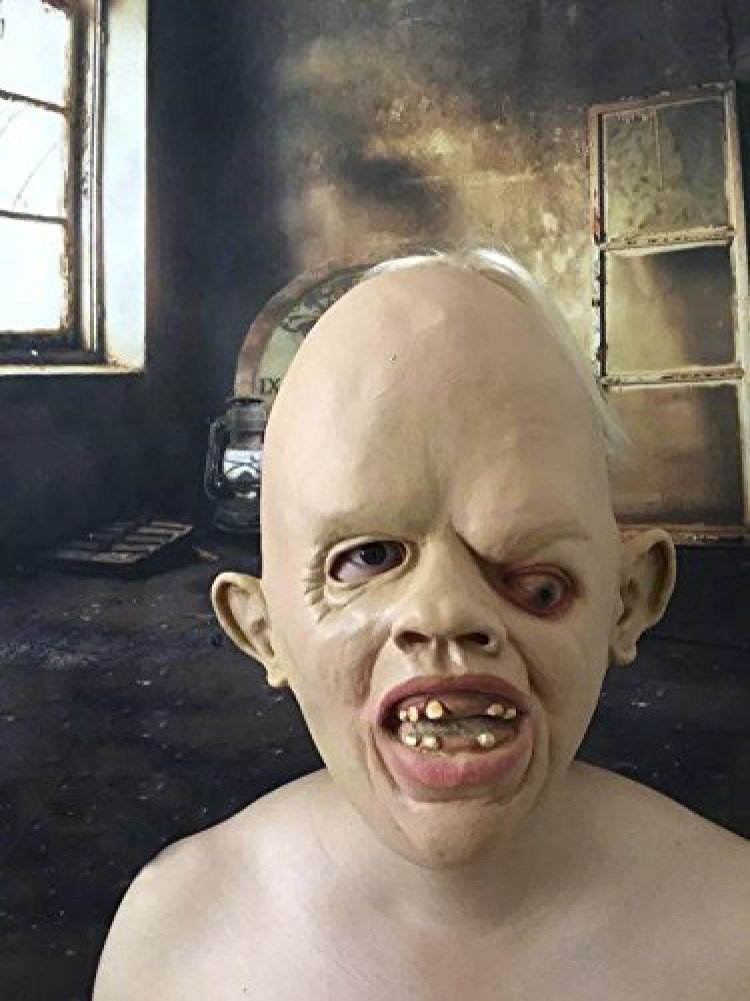 Get this Latex Sloth Goonies Mask from Amazon.com

UK Readers get a Sloth Goonies Mask from Amazon.co.uk

If you're old enough to remember all the way back to 1985, you've probably seen if not heard about the film called The Goonies. It's a classic 80s film about some kids going off on an adventure to find the some ancient treasure left by a pirate known as One-Eyed Willy.

Learn how to put together a whole Sloth Goonies costume.

Sloth is a character that the kids bump into on the way. He has a very deformed appearance and looks like a monster. However, he's all good and makes friends Chunk who is basically known as the fat boy from the movie. Not politically correct I know but that's what we all called him back in the day.

I should think you would scare someone not expecting to see you with a mask on. It is a truly hideously looking costume accessory whether or not people know who this character is. I've also seen some of these masks that have additional glow in the dark sections too which could be good for those late night parties.

I actually like pigs and think they're cute but boy they've made some pig masks look rather creepy.

You could contrast a pig face mask with a really smart black suit which would be fun. Other ideas include dressing up as a zombie pig, combining it with a Slipknot jump suit or wearing a butcher's apron with it.

Animal heads have never been quite so scary. Great maybe for adult and grown-up parties, events and fancy dress. I've looked and I can't find any animal head which is creepier than this particular one.

I've always thought that clowns were particularly menacing. I never liked them when we visited the circus when I was young. Ordinary clowns creep me right out. This design seems to take advantage of that fear with the unnaturally wide mouth, large pronounced teeth and dark black eyes.

You could wear this costume accessory along with a clown costume but it should look equally good work with something like a boiler suit or something plain such as a black t-shirt and black jeans or trousers. Why not let the face do the talking.

A lot of other possible choices that you could go with are perhaps too contrived and too obviously scary. Some of the ideas below have been done to death which is why I like the suggestions I've picked out above. If you look for the scariest Halloween masks yourself, you will likely be shown things that include some of the following:

A lot of these costume and cosplay accessories are made from latex. If you are unable to wear latex, you might struggle to find some really great designs to wear. I found some amazing scary masks for adults here that I just had to share because they look so good.

You can look for cardboard, fabric or felt versions that should be perfectly safe, or even make your own. Always read the materials list before making a purchase though. Which masks for adults do you think are truly scary?