This is the greatest show! Get lots of fun ideas for Halloween with The Greatest Showman Costumes here where it's covered in all the colored lights.

Dazzle all your friends by wearing a magical Greatest Showman costume this Fall season. Dress up as the ringmaster PT Barnum (played by Hugh Jackman) or another cast member of this amazing and exotic circus show.

The Greatest Showman Costumes: Lots of Ideas for Halloween 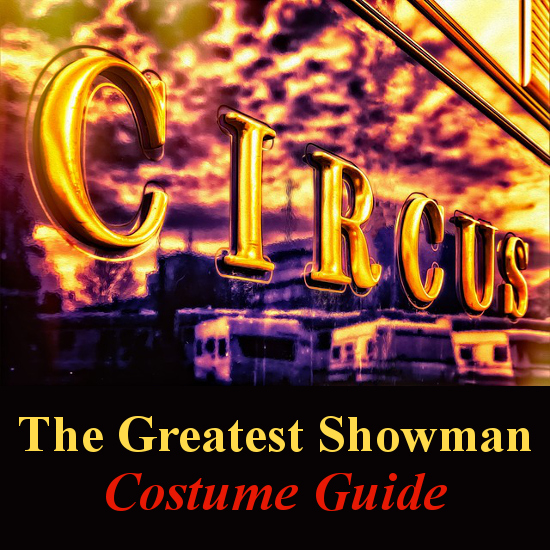 Image Credit: Original image shared by Tama66 on Pixabay with a CC License

Love this musical extravaganza as much as I do? Just like in the movie, you will really stand out in your Halloween costume and be unique dressed as a character from The Greatest Showman.

In a Hurry? Get a Ringmaster Costume HERE from Amazon.com and at Amazon.co.uk

Of course the main costume to go for is the circus ringmaster costume look worn so brilliantly by Hugh Jackman but there are many other characters too. The nearer to Halloween we get, the more the choice of outfits for you to choose from. 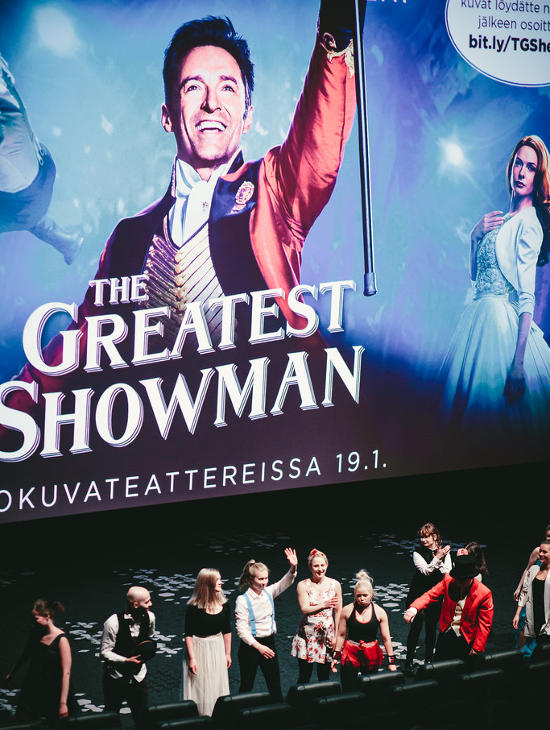 Image Credit: Shared by Kristian Tervo on Flickr with a CC License

While the movie The Greatest Showman is loosely based on PT Barnum's life, it does glamorize the story somewhat. The real tale is more about his exploitation of what some people of that time considered to be freaks of nature. 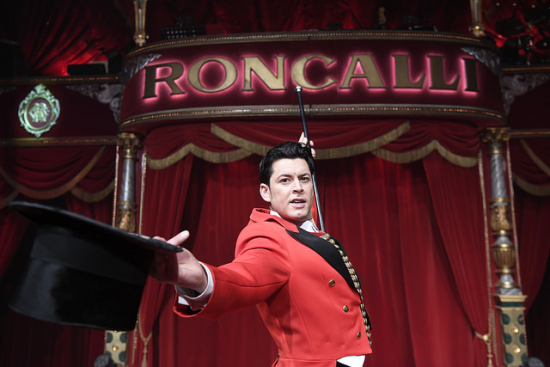 Image Credit: Shared by Circus Roncalli on Flickr with a CC License

The movie has a far nicer vibe to the real story and is a celebration of the uniqueness of human beings. I'm glad it chooses not to linger on differences and how the circus troop were exploited for money by PT Barnum. 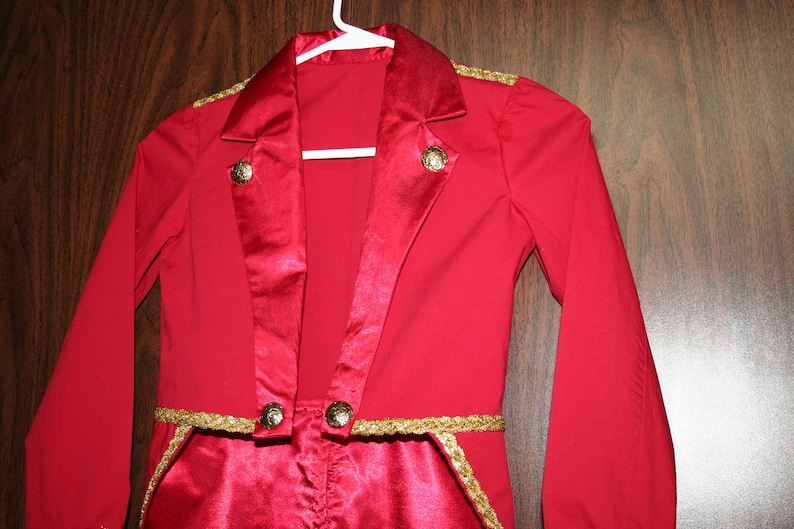 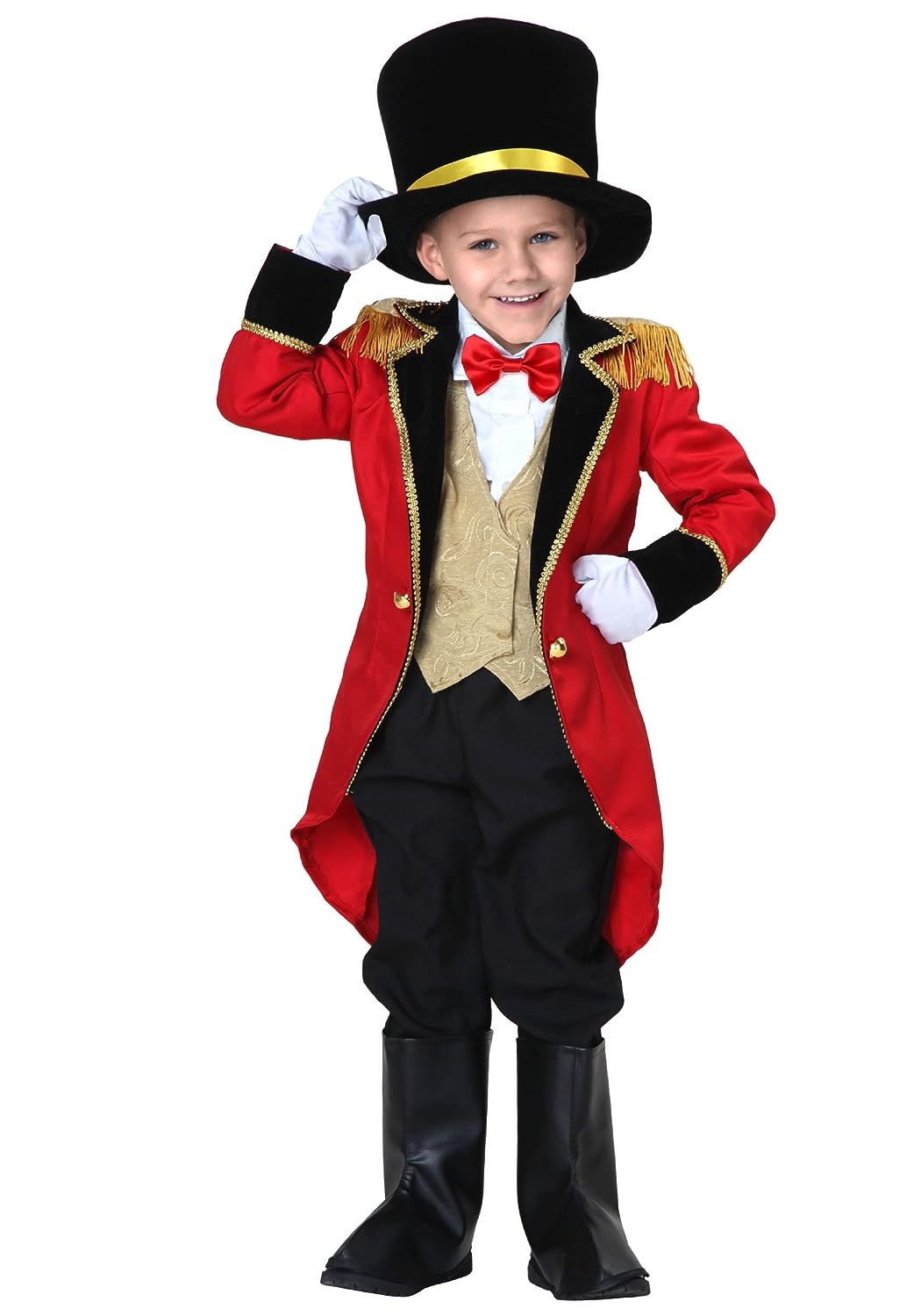 Essential Parts of the Circus Ringmaster Costume to Nail This Look

It is this style of top hat that gets passed over to Zac Efron (who plays Phillip Carlyle) when Hugh Jackman decides to devote his time to his family instead.

Hugh Jackman who plays PT Barnum also wears The Prince of Humbugs black top hat. PT Barnum gave himself this very label. This version of the top hat is a solid black design covered with a golden crown motif and the words Prince Humbug across the gold. 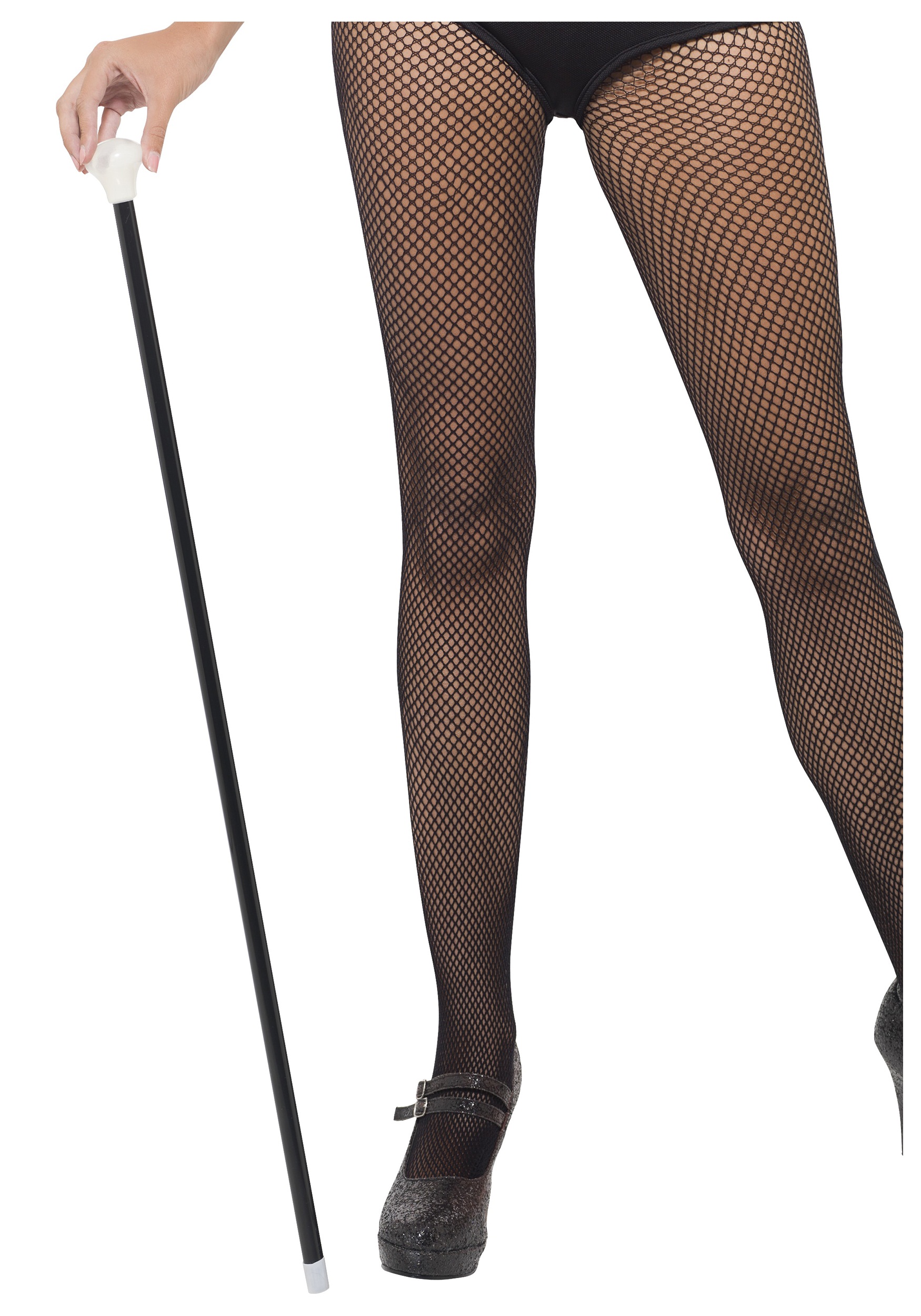 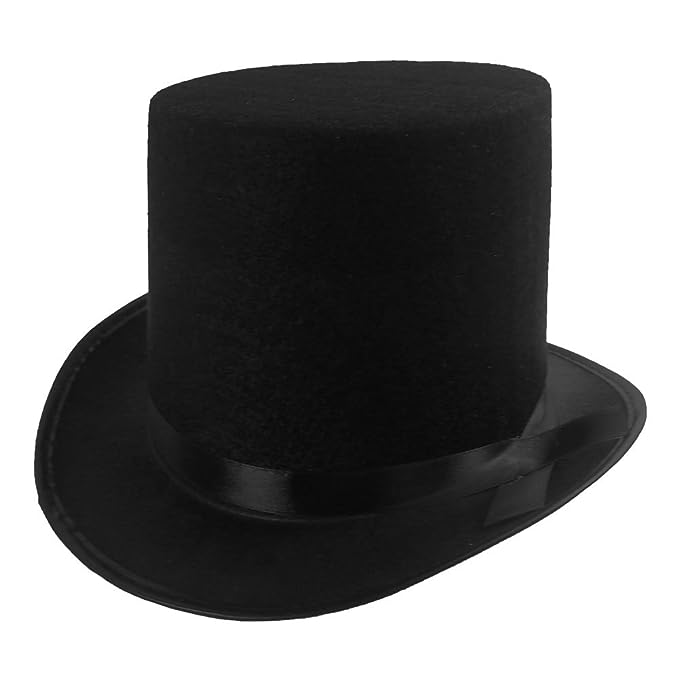 Some ringmasters use a whip as an accessory. In this The Greatest Showman movie, the main accessory is a theatrical walking cane or, alternatively, a dance one.

This is a solid black cane of a walking stick size. It will be hard to get hold of such a great looking cane like the one in the movie. You can get many of the plastic variety which look rather tacky or make your own DIY version instead.

One with a clear crystal on the top, a gold metal tip or a steampunk look to it would be a very cool addition to your showman ringmaster outfit.

Hugh Jackman's red costume suit worn at the start and end of the movie.

A variety of coats and jackets are worn in The Greatest Showman movie but the main look to go for is an elaborate looking one. 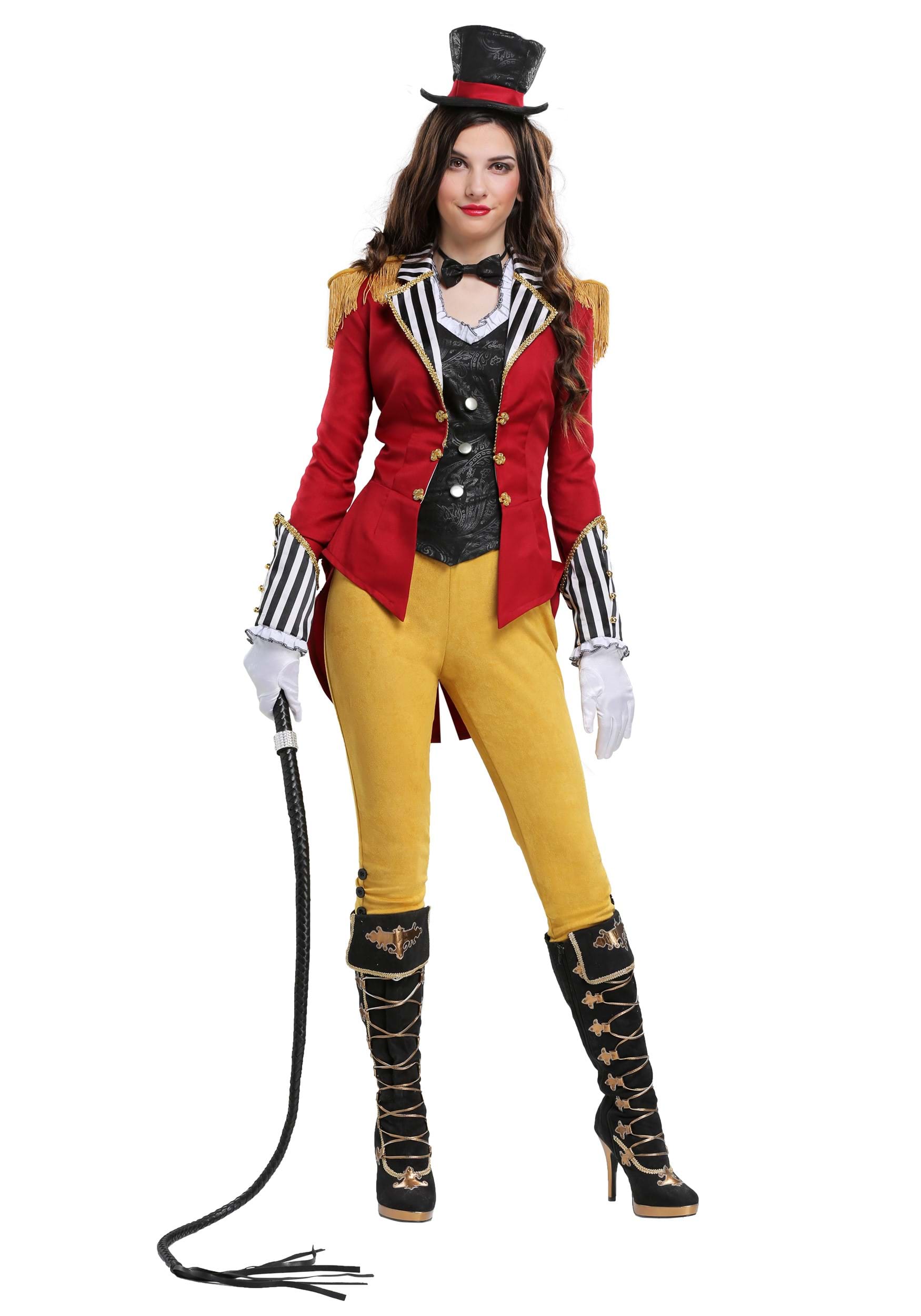 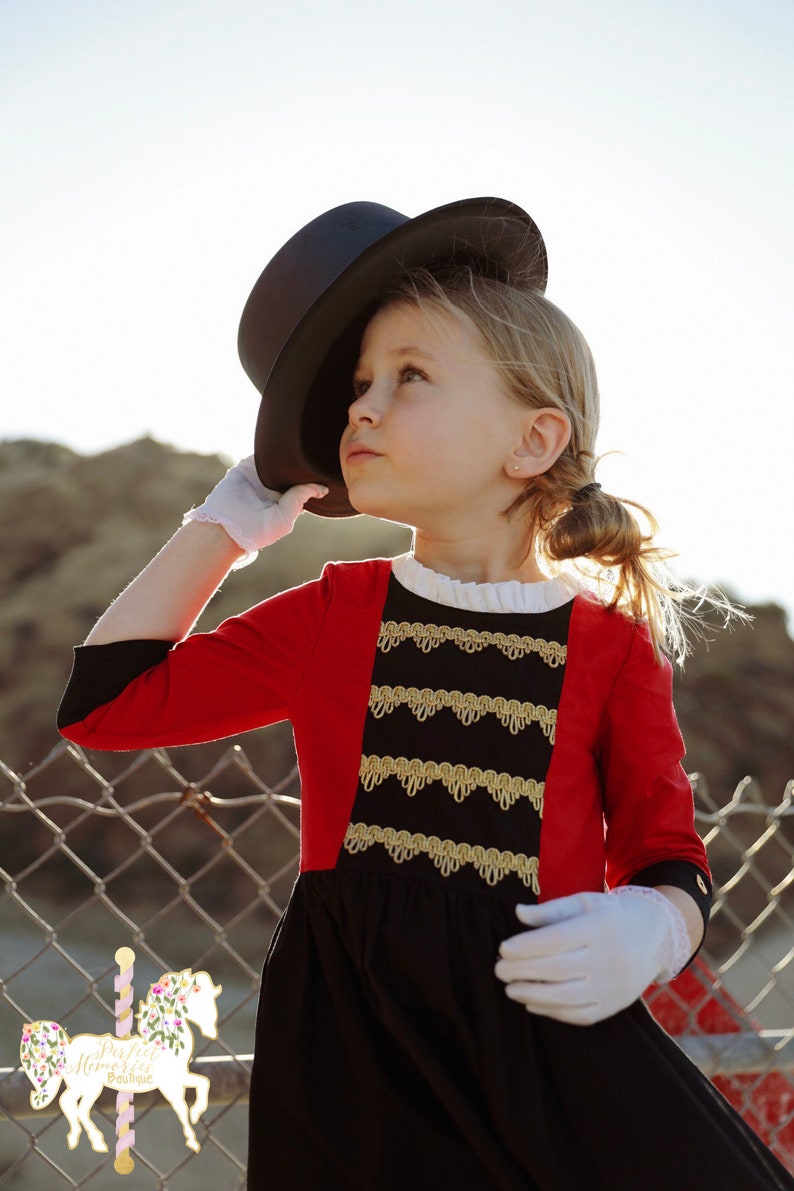 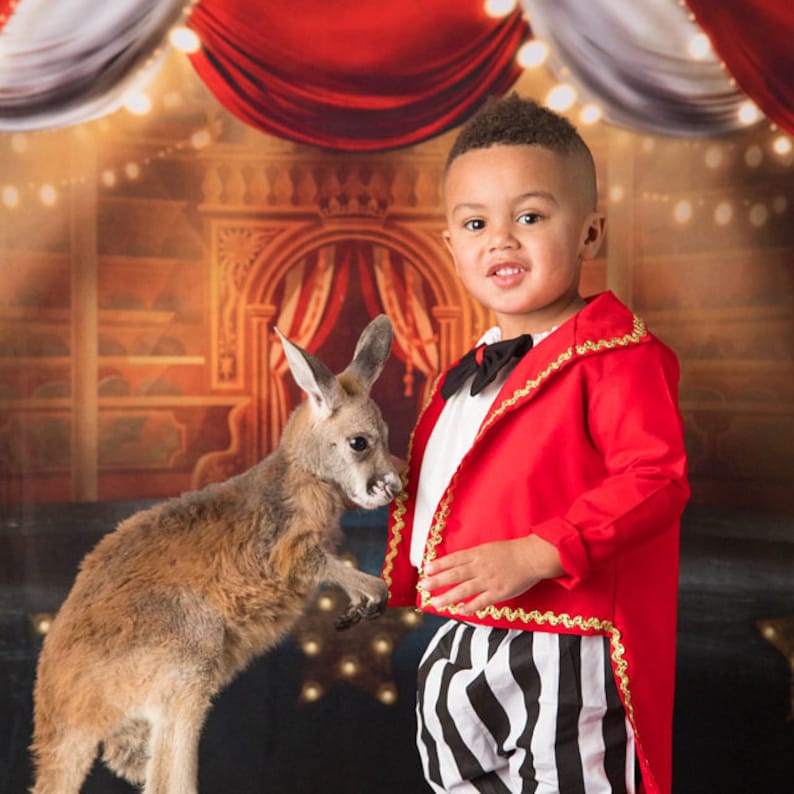 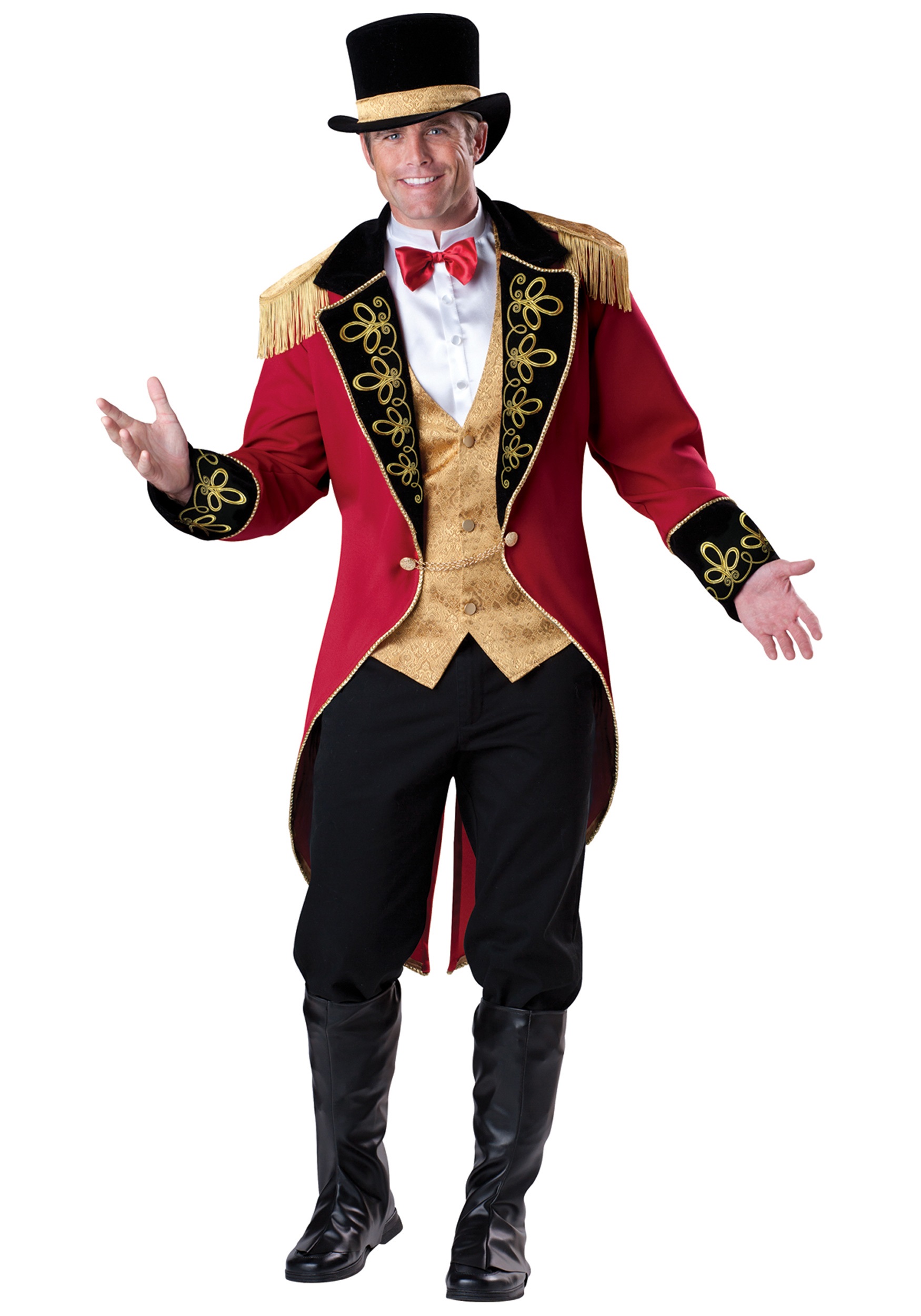 The main color needs to be red with black lapels down each side and black on the cuffs of the sleeves. Hugh's ringmaster jacket has detailed gold embroidery near the black cuffs of each sleeve.

The jacket has long coat tails which gives a wonderful look when he is dancing and they sweep out. 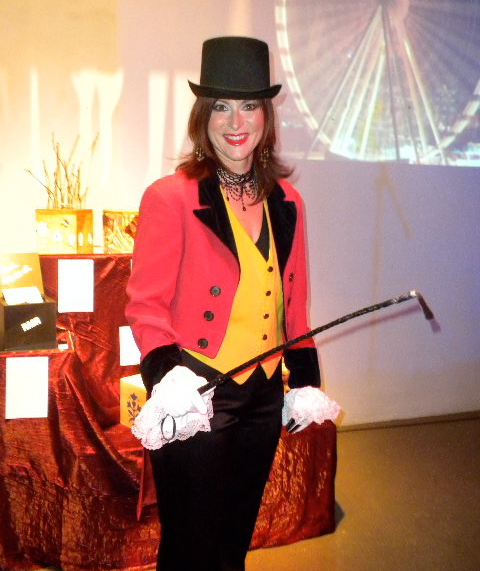 A Female Ringmaster Costume. You can wear a black skirt or pants with this style. The red coat and black top hat are the main elements.

Image Credit: Shared by Ian Capstick on Flickr with a CC License

Pair up a top hat, red jacket and your cane with some black pants (trousers UK) or a black skirt to nail the look as a woman.

Of course there are other characters that you could dress up as. You may need to use a bit of imagination or DIY know-how as not all of these will have ready-made costumes available to buy.

Anne Wheeler is a trapeze artist and the love interest of Phillip Carlyle.

Zendaya's costume design is rather unmistakable because she wears a soft pink wig with the hair in an up-do. 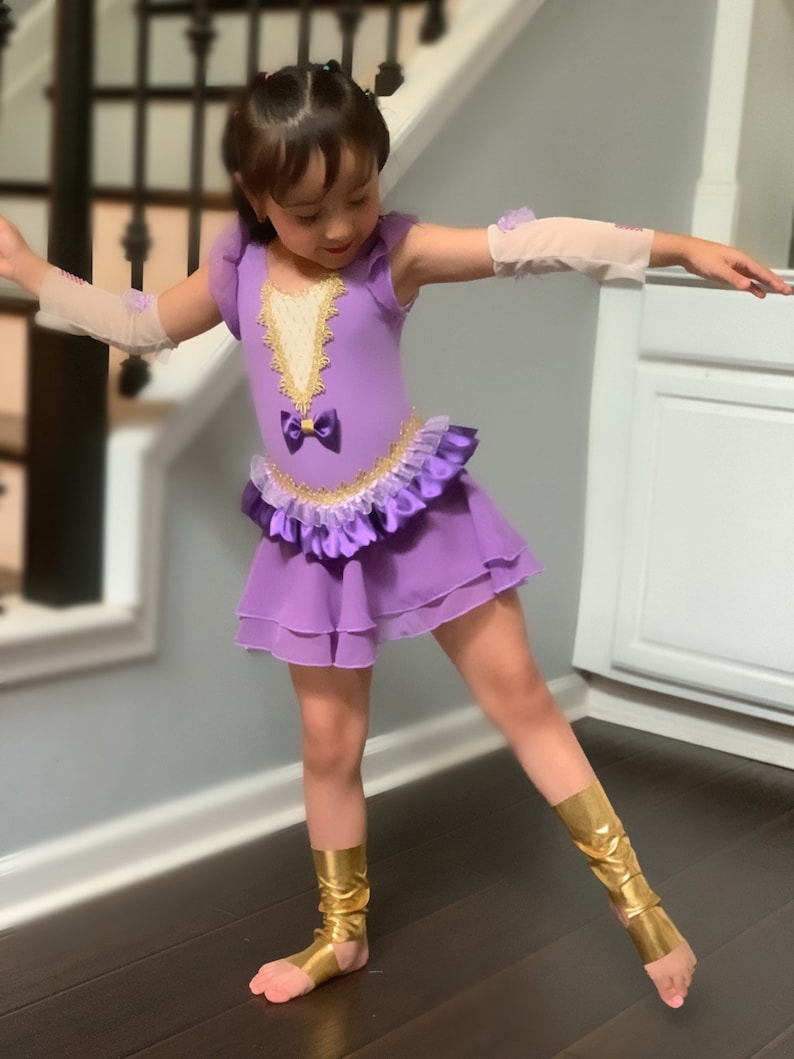 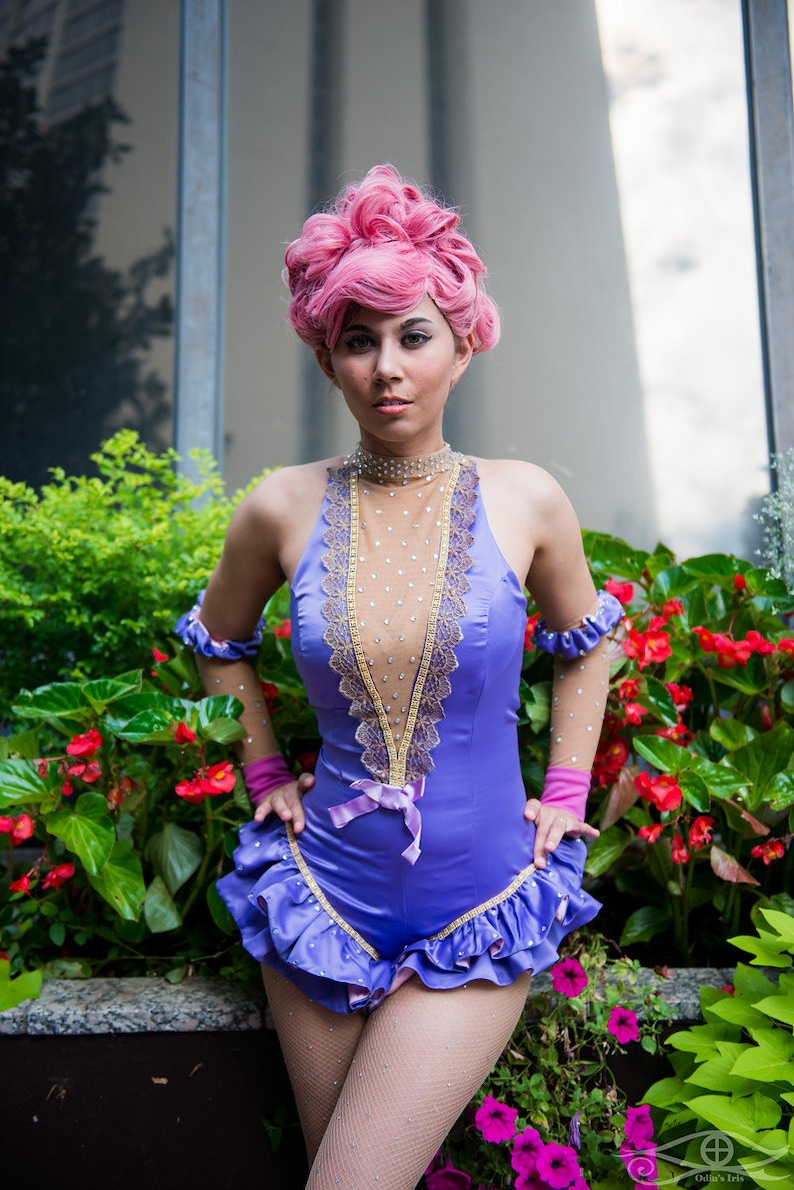 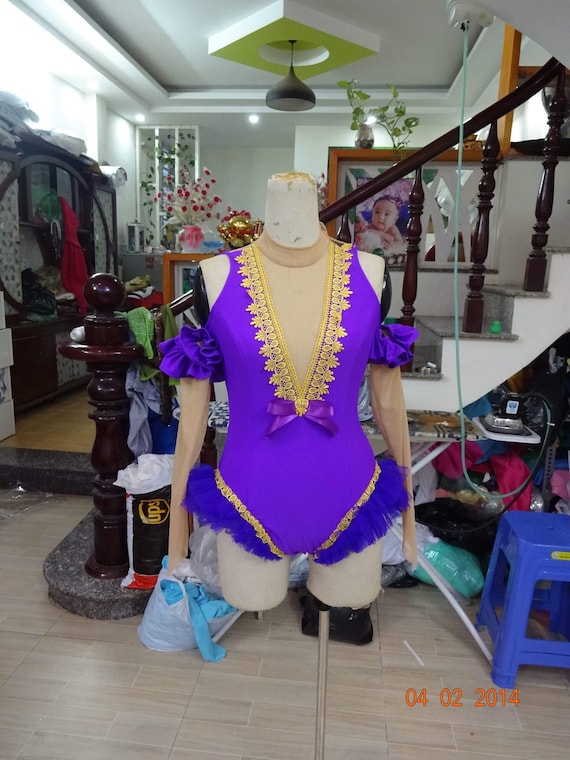 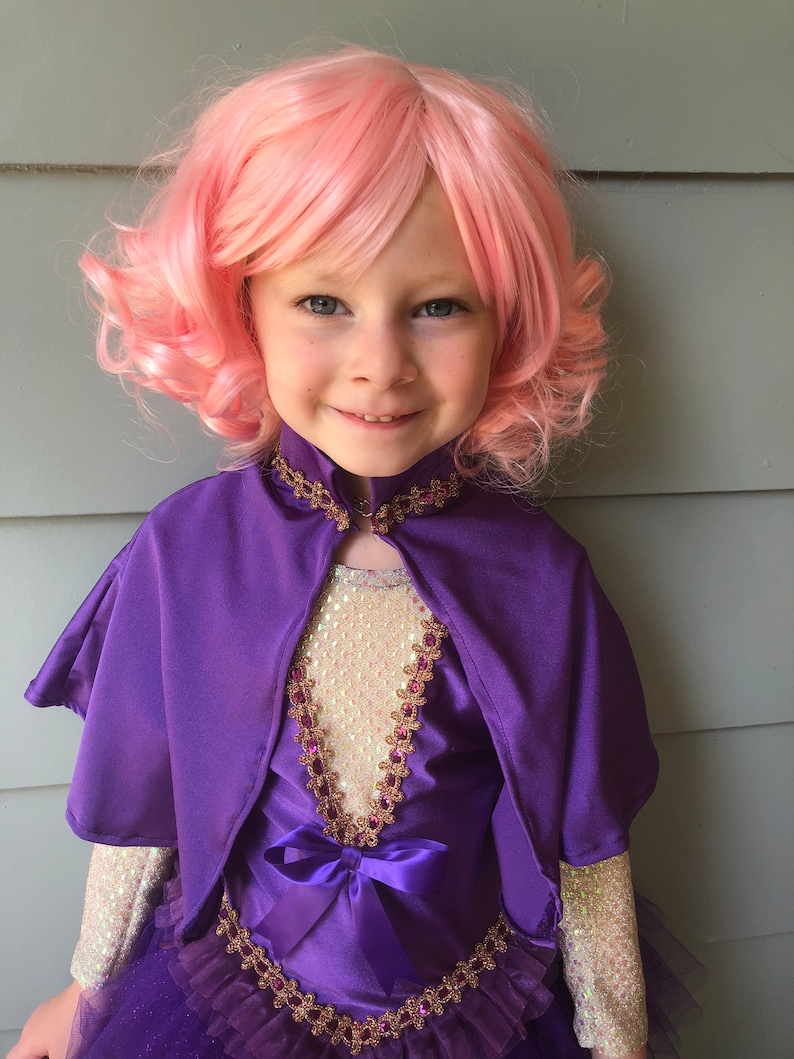 Her actual costume is a pretty soft lilac color leotard with a silver diamante design around her neck and ruffles around the leg area of the leotard to make a very tiny skirted area.

Her costume also includes arm pieces in a matching soft lilac shade with ruffles around the top to match the leotard.

To dress as this character, would require getting a pink wig and a lilac purple dance leotard as your main costume. You can get Anne Wheeler style costumes at Amazon.com for women and also at Amazon.com for kids.

It would be rather easy to dress up as the bearded lady. She is extremely voluptuous and her main costume is a purple Victorian era long dress with a corset style top and short sleeves. 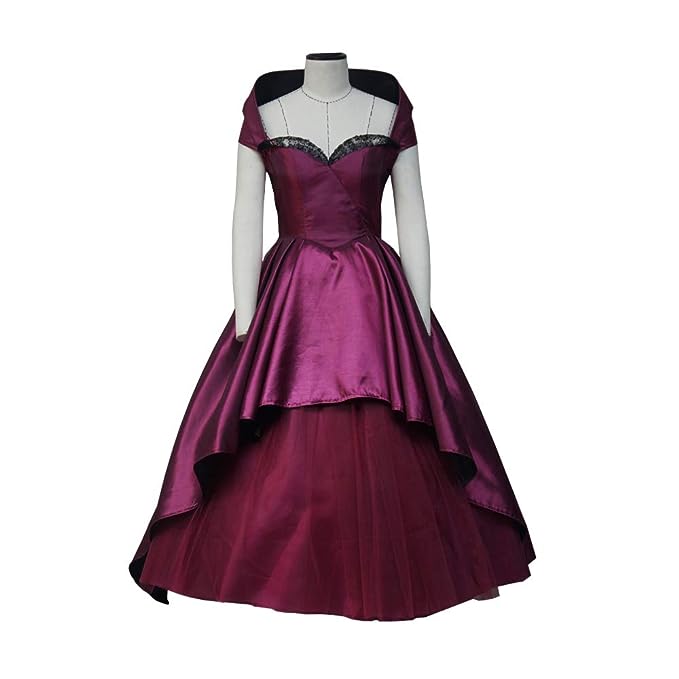 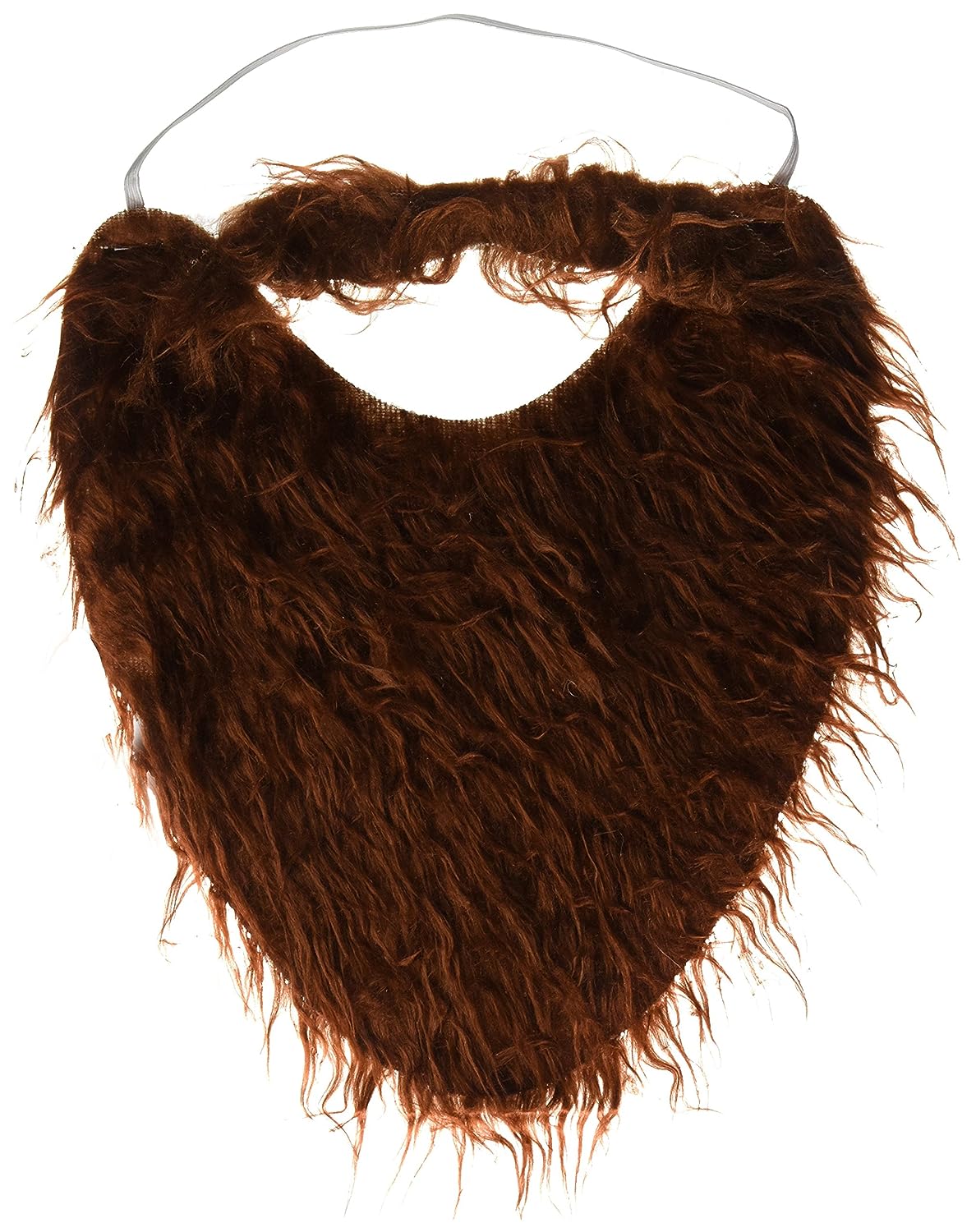 She wears her curly black hair in an up-do with a bright pink floral hair accessory. The thick dark brown beard and mustache make her very recognizable as a character. She'd be rather easy, for this reason, to dress up as this Halloween.

He starts off by wearing suits but ends up wearing a ringmaster costume which has subtle differences to Hugh Jackman's one.

Dress the same as the main ringmaster but lose the coat tails on the red jacket because Zac Efron's character wears a tight fitting red and gold color coat which ends at the waist.

Charity is one of the main characters but would possibly be harder to get a unique look for. You could dress up as her younger self with her long and flowing blonde hair and pale pink dress or opt for her older look with her blonde hair tied up.

You would have to work pretty hard for people to immediately connect with who you are supposed to be. She doesn't have such an obvious look or style as some of the other characters in this movie.

Rebecca Ferguson plays Jenny Lind, the opera singer that PT Barnum becomes entranced by. She has a slightly more recognizable style than Charity does with her auburn color long hair and her amazing, full skirted opera dresses.

You'd need to emphasize the beautiful reddish auburn glossy hair, wear a very elegant and full opera dress and perhaps carry a single rose since crowds threw her flowers after each performance. 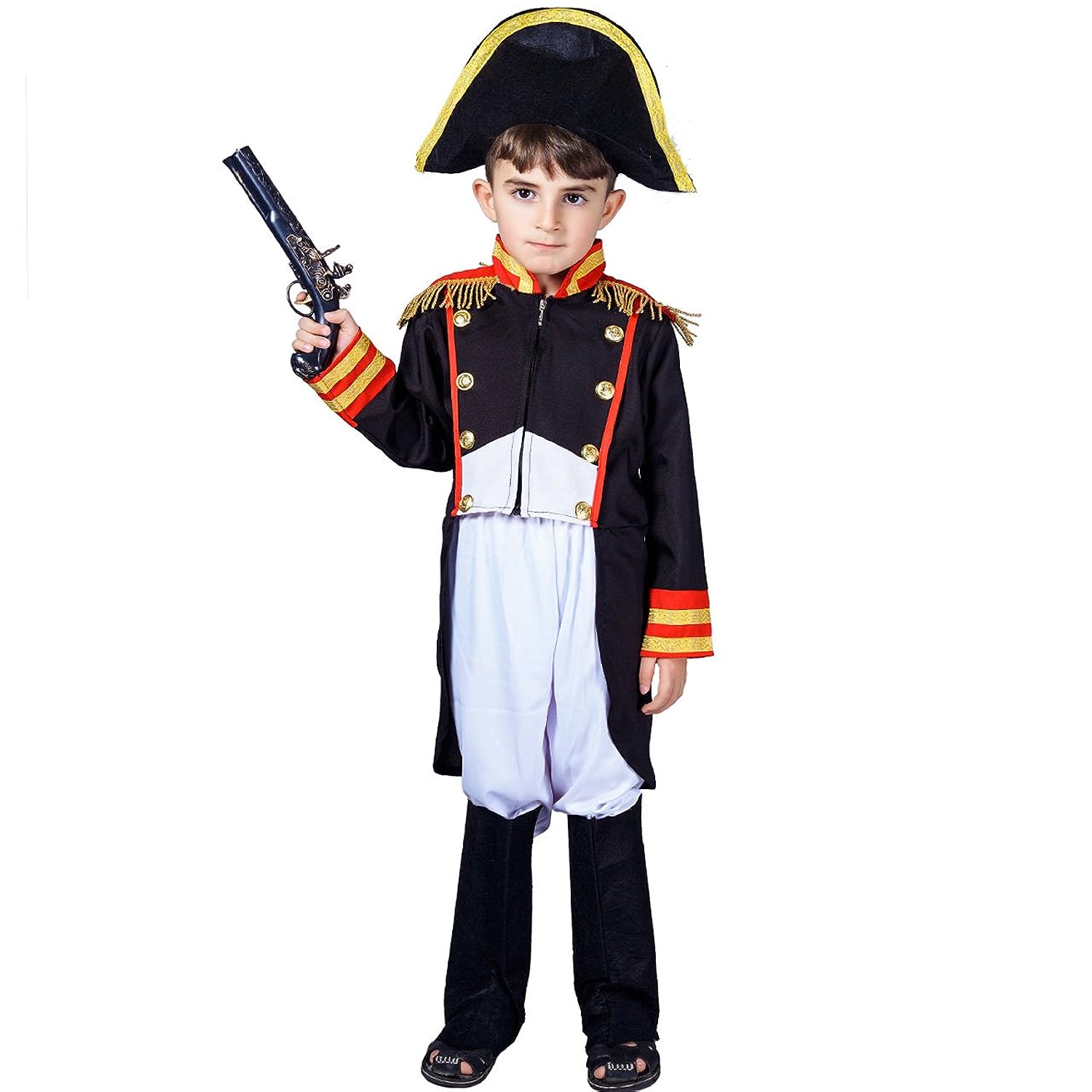 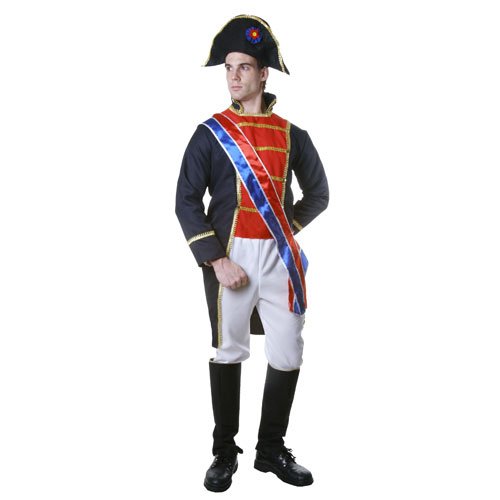 General Tom Thumb is the dwarf character who loves to dress up as a uniformed soldier and ride on horseback while shooting. He dressed just like Napoleon at one point.

You could definitely dress a child or a short adult up like General Tom Thumb as part of a group costume for The Greatest Showman and that would work really well.

The tattooed man has tattoos all over his skin (as far as we know) and wears a tiny pair of red silken fabric shorts and a matching red cape.

He has dark hair, a beard and a mustache with the ends curving upwards slightly. For a man who already has lots of tattoos, dressing up as this character would be pretty easy.

This guy has super long legs because he wears some stilts under his trousers. He wears a green jacket to highlight the Irish theme and a orange red top hat.