As well as traditional styled Guy Fawkes outfit accessories and costume gear, there is also lots of advice here on how to dress up as the man who liked to be called Guido Fawkes with a historical Guy Fawkes costume page.

Guy was the person who we remember as being the most connected with the failed 1605 Gunpowder Plot against King James I of England, even though he was not the leader of that particular scheme.

This page focuses on getting more of a traditional and historical look based on clothes and fashions from around 1605.

Put Together a Historical Guy Fawkes Costume With this Detailed Guide 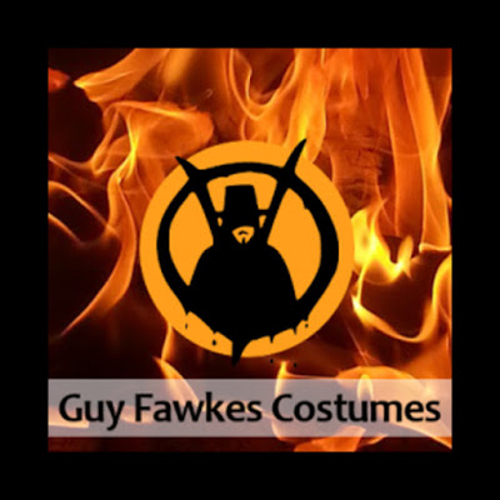 Image Credit: Original image shared by Clker-Free-Vector-Images on Pixabay with a CC License

Search for a complete Guy Fawkes fancy dress costume and you'll find there are very few sensible or realistic options available. Plus, most of the complete outfits have absolutely nothing to do with his historical garments at all.

Learn to put together the look that you need for this character with the information on this page. This page runs you through how to put together your own cool look for this historical character from England. Alternatively, see how to dress in the V for Vendetta style instead.

Come and see these costume ideas to get inspiration for Halloween, cosplay, fancy dress parties, theatrical plays and amateur productions or even the 5th of November, remember!

1: Clothing and Fashion during the Era of Guy Fawkes

Most of the life of the man called Guy Fawkes had been lived during the Elizabethan Age. This was during the reign of Queen Elizabeth I because he was born in 1570.

During the time of the failed Gunpowder Plot in 1605 it was King James I on the throne and what was known as the Stuart Era in England. You can see a painting of King James I in the picture below by the artist, Paul van Somer (1576/1578–1622) which is in the public domain. 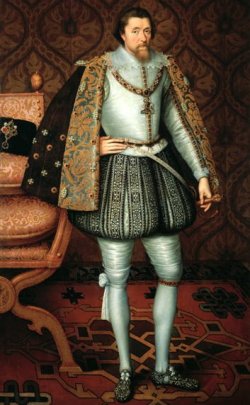 Doublets were worn by men during this era. These are like tight fitting buttoned jackets which have long sleeves and fall to the waist in length.

Short cloaks were often worn by males during this period and they would come down to the hip area. You can read more about the fashion of the time with the Wikipedia 1600-1650 fashion page and also Tudor and Stewart fashion from Historic UK.

For pants or trousers, men generally wore breeches which were fuller around the thigh area and tight around the knee area where they ended. Covering their legs snugly from there would be hose which is similar to what women wear nowadays as tights.

If you're looking to adopt a more serious costume for a real traditional Guy of the Elizabethan/Stuart era in England, a costume pattern of clothes and garments from that period of time could be a useful item.

There is an actual sewing pattern, if you can get hold of it, called: Men's Elizabethan Garments, C. 1558-1605 Pattern. 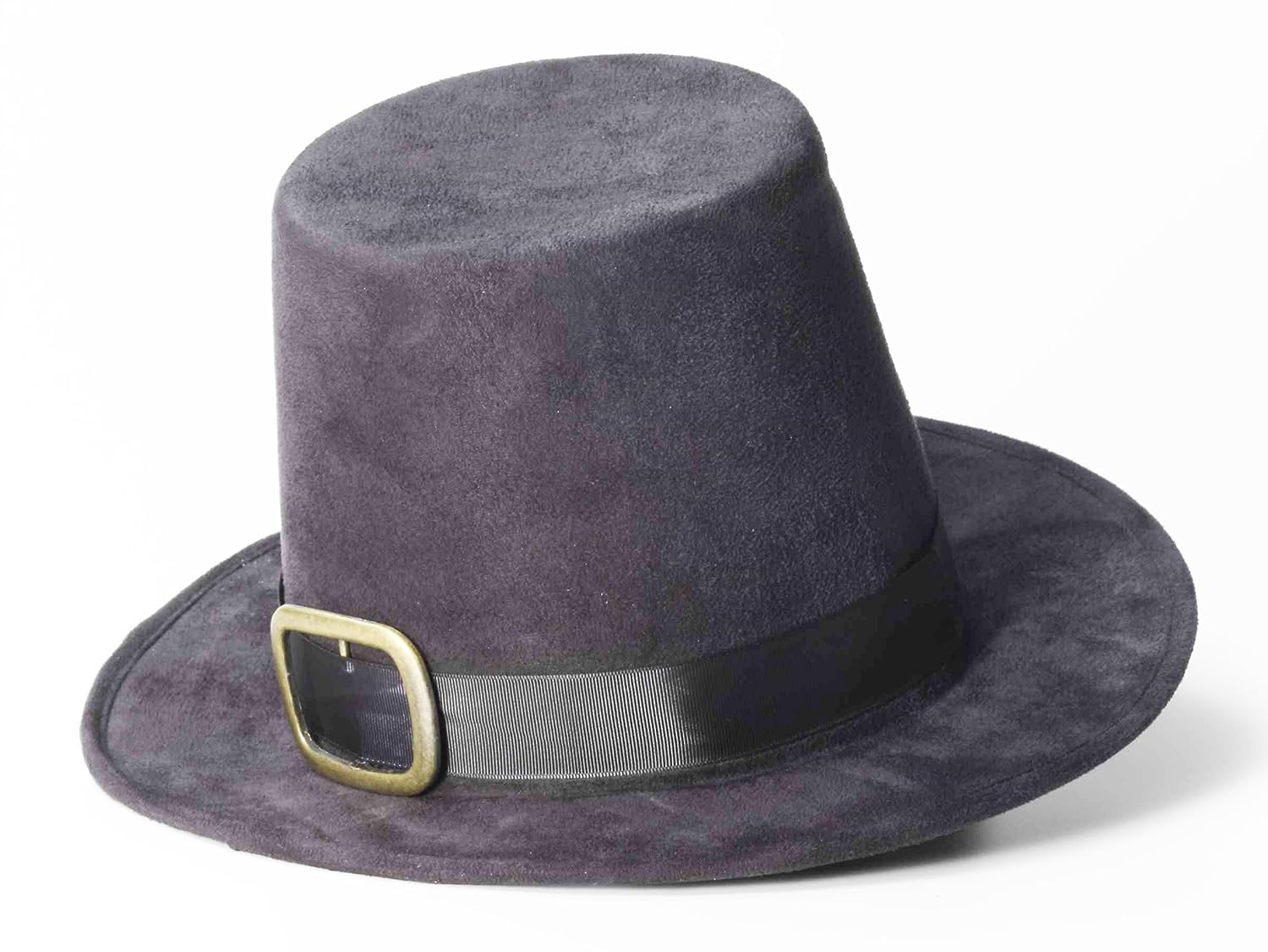 Get a Pilgrim Hat to Wear from Amazon.com

UK Readers get a Pilgrim Hat from Amazon.co.uk

The actual hat fashion of the era was a hat called the Capotain. This was a tall hat with a narrow brim around it and it was normally black in color. You can see images of this actual hat on the Capotain Wiki page.

This taller Capotain hat is also known as a Pilgrim hat or a Puritan hat. However, popular to common belief, it did not include a large buckle on the front of it as most Pilgrim style hats tend to do.

You could buy a hat with a buckle and then remove it for more historical accuracy for your Guy Fawkes hat. Either way, this look certainly goes quite a way to getting the style right for this character.

The real Guy Fawkes would have probably worn a black or dark color hat shaped much like this Pilgrim hat here. The main difference is that no buckle would have been added.

You could possibly remove the buckle for more historical accuracy. However, the styling of the hat as it is will be fairly recognizable as being associated with this character.

3: Wigs, Hairstyle and Facial Hair in this Era 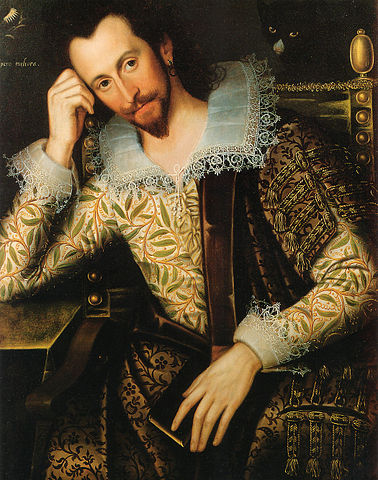 Men at this time wore their hair swept backwards from their forehead and grew it down to around the collar in length. Paintings from the period often show wavy hair, not curled artificially but left natural looking. More distinctive was the fashion for facial hair.

The fashion for facial hair around the time of the 1605 plot, was for men to grow a pointed beard and a mustache much like what you can see here in the public domain painting.

Having the right look for the fashion of the hair and the hat is something that builds an immediate image of Guy Fawkes, even before you start thinking seriously about the clothes and costume.

Later on, this particular fashion style of beard and mustache eventually became known as the Van Dyke beard. It was named after 17th century painter Anthony van Dyck who wore his this way. It was also sometimes known as a Charlie after King Charles I who the Anthony van Dyck painted.

Men dressing as this character have a number of options for getting the facial look just right. You can grow out a beard and then trim it and a mustache to the correct style.

You could wear a fake beard although this is very hard to get convincingly right unless you have good experience of costuming. Or, if you don't need to look authentic or realistic, you can opt to buy a Guy Fawkes mask. 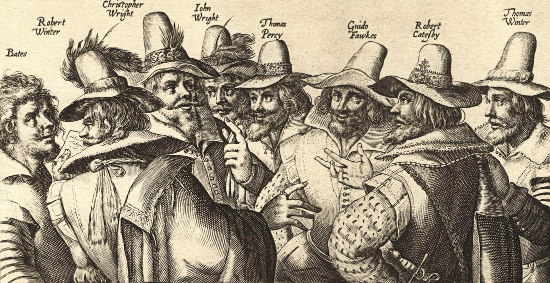 Print showing 8 members of the group who were involved in this plot.

This engraving is a contemporary one and although we cannot say that it is completely accurate in depicting the everyday wear of Guido or Guy Fawkes, it certainly gives an idea.

You can see the penchant for the tall hats, other members of the Gunpowder Plot are shown to be wearing quite elaborate feathers in theirs. And most of the men are shown with the style of beards and mustache that was in vogue.

⭐ Doublets for the Top Half of the Costume

During this period of the early 1600s, men wore doublets. At this point, these were like tightly fitted coats or jackets which would have lots of buttons down the front. Guy is shown in this engraving with a wide collar on the doublet and highly decorative sleeves. These may have been slashed or cut to reveal the fabric of the shirt worn underneath.

There are lots of ideas on doublet designs on the Extreme Costuming site if you are making your own or wanting an idea of what they look like.

Doublets are hard to find ready made but you could also look for a sleeveless black costume jerkin. A sleeveless style could potentially work for a Guy outfit if you wore a black shirt underneath. That may then give the illusion of wearing a doublet.

Many people dressing as this character also wear capes, If you wear a cape over the top then the combination of shirt and sleeveless jerkin would be masked. For Guy Fawkes cosplay or LARP (live action role play) it would certainly offer the right style that you need.

⭐ Breeches for the Bottom Half of the Costume

For pants or leg coverings, men wore breeches. These breeches were worn fuller around the thigh area and then tighter just below the knee where these short pants ended.

Hose (think tights) would cover up the legs below the breeches before a footwear of shoes or boots. If you have trouble finding some trousers like this, you could adapt a pair of loose fitting pants or trousers by cutting them off below the knee. Then sew elastic in the bottom seams so they fit more snugly just under the knees.

In the early 1600s, men would often wear a short cloak or a cape. These would fall down to around the hip area. These sometimes had sleeves in. For a more fashionable look, they could be worn over just the left shoulder instead of worn around both shoulders.

Ready-made short capes are harder to get hold of. If you cannot find one, I would look to shorten a long hood-less cloak to the right size instead. 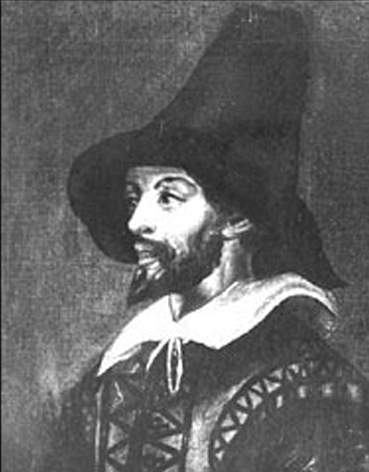 Black and white photo of art painting showing a portrait of Guy Fawkes with his hat on.

Image Credit: Shared by Epic Fireworks on Flickr with a CC License

Unless you want to go down the V for Vendetta route, buying a complete historical themed Guy Fawkes outfit based on what the actual character might have worn is not easy.

Modern culture has really swayed the perception now of a man who should be dressed almost completely in black with a goatee beard, mustache and some rather cool weaponry.

You can put together a really great outfit for this character yourself by working through the main components and looking at historic paintings and portraits of around 1605 in England. There are also books on fashions that may help you depending how much research you need or want to put in.

What you need to bear in mind is that if you deviate too much from the public perception of how people think Guy should look, then no-one is likely to recognize you in your Guy Fawkes outfit.

If I was dressing as him for cosplay or a fancy dress party, I'd stick to mostly black clothes in the style I have outlined and then add some kind of accessory as a clue.

Perhaps I would add on a handmade mini gunpowder barrel worn as a novelty necklace. It really depends whether you're interested in a more serious or a more lighthearted take on this character. Either way you should now have a good idea on how to dress like Guy Fawkes.

Facts Page all About Guy Fawkes